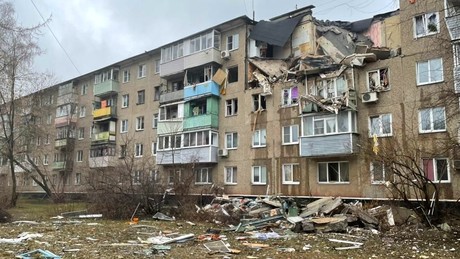 A gas explosion broke out in a five-story apartment building in the town of Stupino near Moscow on Monday morning. At least two people died, including a 12-year-old child.

In the town of Stupino, about 90 kilometers from Moscow, a gas explosion occurred in a five-story apartment building. The building was partially destroyed. As the Interfax news agency reports, eight of a total of 120 apartments were damaged. The preliminary cause is a gas leak due to a malfunction in the plumbing, rescuers said.

Two people died, including a 12-year-old child. Seven people were injured. According to sources in the Russian Ministry of Emergency Situations, those affected suffered broken bones and craniocerebral injuries. According to preliminary information, there are no people under the rubble.

A total of 60 people were evacuated from the house. Andrei Vorobyov, the governor of the Moscow region, instructed the district head to provide temporary housing for the evacuees. The regional public prosecutor’s office began investigations.

More on the subject – Gas explosion in Baltiysk: residents throw children out of windows (video)