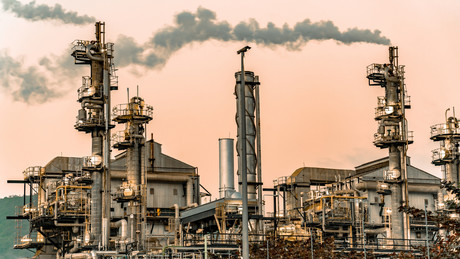 A survey of 1,200 companies by the Federal Association of Medium-Sized Businesses shows that a large proportion are not willing to provide financial support for a possible energy embargo against Russia. Many are already on the edge of their economic breaking point.

The Federal Association of Medium-Sized Businesses sees many companies at their breaking point in view of the high energy prices. That’s why many companies are against an embargo on Russian deliveries, according to a survey by the association. When asked whether they were in favor of an immediate end to Russian energy imports at the price of higher procurement costs, 56 percent of the companies answered no to natural gas – in the case of oil 52 percent answered yes.

The companies need a noticeable relief on the cost side. Rapid implementation of the government’s planned measures would be a first step. On the one hand, the government had announced relief. There should also be an aid package for companies suffering from the consequences of the Ukraine war and the EU sanctions against Russia, such as high energy prices.

More on the subject – Will Europe face coal shortages after import ban from Russia?