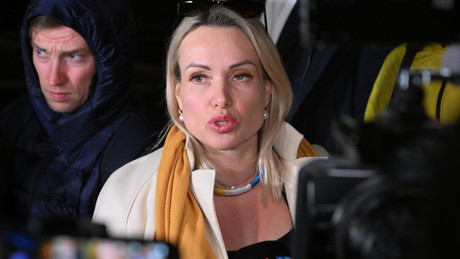 TV editor Marina Ovzyannikova became internationally known when she held up a poster protesting the war in Ukraine on the evening news in March. Now she gets a job as a freelance correspondent at Die Welt.

As became known this Monday, Marina Ovsyannikova will work as a freelance correspondent for the world. The 43-year-old will write for the newspaper and be connected to the TV station of the same name. Ulf Poschardt, Editor-in-Chief of the Welt Group, said: “At a crucial moment, Marina Owsjannikova had the courage to confront the viewers in Russia with an unembellished picture of reality. In doing so, she defended the most important journalistic virtues – despite the threat of state Repression. I’m excited to work together.”

Ovzyannikova herself said she would stay in Russia and work from there as a freelance correspondent.

Ovzyannikova jumped into the picture during the live evening news broadcast on March 14 and held up a handwritten poster to the camera. The poster read that viewers of the Perwy Kanal were being “lied to”. To this she had cried: “No to the war!” Earlier, in a shared video message, she described the attack on Ukraine as a crime.

The employee was then sentenced to a fine of 30,000 rubles (equivalent to around 340 euros). However, the verdict initially only affected calls for protest actions that she had spread in a video. A Moscow court will examine her appearance on live television on April 14.

More on the subject – Live on Russian television: an employee shows an anti-war poster