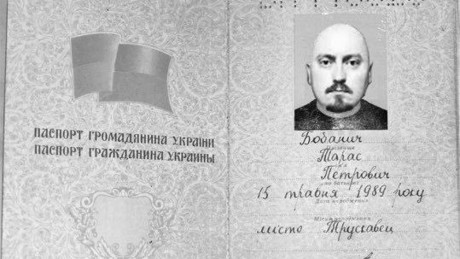 The Russian Defense Ministry said it had killed a senior member of Ukraine’s far-right Right Sector group. Moscow accuses Taras Bobanich of killing hundreds of civilians in eastern Ukraine in 2014.

According to the Russian Defense Ministry on Monday, Russian special forces killed Taras Bobanich, one of the leaders of the Right Sector organization. Moscow accuses him of personally ordering the shelling of residential buildings in Donetsk and Lugansk with heavy weapons in 2014. According to the ministry, he is responsible for the deaths of hundreds of civilians, including many children.

Bobanich is said to have been killed about five kilometers south of the city of Izyum in the Kharkov region, the ministry said in a statement. It is unclear when he was killed. The Ukrainian site reported on Facebook last Friday that Bobanich was dead.

The 33-year-old, nicknamed “Hammer”, originally comes from western Ukraine. He rose to national prominence during the mass protests and armed coup in 2013 and 2014, which saw Ukrainian nationalists fighting the country’s security forces.

More on the subject – Ukrainian defectors: “We had orders to shoot at civilians”