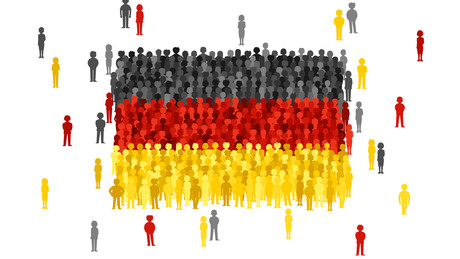 A new survey by the Allensbach Institute for Demoscopy has shown that one in three people sees Germany as a sham democracy. The result in the East was even clearer: Here, around half of the citizens spoke of a sham democracy.

According to a survey, almost a third of Germans believe they live in a sham democracy. This is the result of a nationwide representative survey by the Allensbach Institute for Demoscopy on behalf of Südwestrundfunk (SWR) on citizens’ understanding of democracy, which was published on Monday. In it, 31 percent of respondents agreed with the sentence:

“We live in a sham democracy in which the citizens have no say.”

In the East, almost half of the citizens (45 percent) believed they were living in a sham democracy. 28 percent of those surveyed also stated that our democratic system should be “fundamentally changed” right away.

According to the SWR, the researchers interpreted both results as indications that almost a third of Germans questioned the democratic system, if not abolished it altogether.

Against this background, the German Association of Journalists called on politicians to better explain their actions to people and to make political decision-making more transparent. From the point of view of DJV chairman Frank Überall, it is not enough to better protect reporters at demonstrations:

“It is important to restore trust in democracy where it was lost. Just as many editorial offices provide insight into their journalistic work, politics must become more transparent.”

It is no wonder that many people are overwhelmed by the constantly changing Corona decisions, for example. Just delivering explanations on talk shows is not enough, so goes on everywhere.

The Allensbach Institute conducted the survey on behalf of SWR for the documentary “Story in the first: Murder at the gas station – from protest to violence?” created. The documentary is to be broadcast on ARD this Monday evening at 10:50 p.m. From February 3 to 16, 2022, 1,033 people aged 16 and over were interviewed orally and personally.