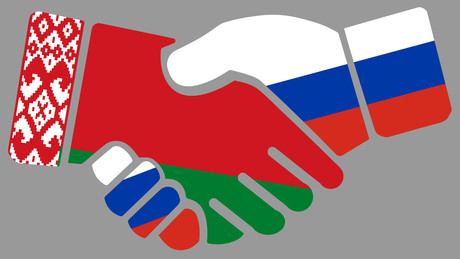 Russian President Putin has instructed the Interior Ministry to reach an agreement with Belarus on mutual recognition and enforcement of decisions on traffic offences. This was initiated by the Russian government.

Russia has agreed with Belarus to mutually recognize judgments relating to violations of traffic regulations and to carry out the resulting administrative acts across borders. A corresponding decree, published on the official legal information portal, was signed by Vladimir Putin. The resolution states…

“…to accept the government’s proposal to sign an agreement on the mutual recognition and enforcement of decisions in cases of road traffic violations.”

Putin instructed the Interior Ministry to sign the final agreement on Russia’s behalf once its contents have been agreed with the Belarusian authorities.

In the case of decisions in traffic matters, the application of the laws of the country in which the proceedings take place or took place are provided for. The penalties are imposed and paid in the country where the case is tried, and the funds from this go to the budget of the state where the offender is permanently registered.

In August 2021, Moscow and Minsk declared their readiness to start integration into the union state. The integration program consists of 28 “Union programs” but does not include any political transformation.

Negotiations on integration have been actively continued since the end of 2018, but due to a number of contradictions (Minsk demanded lower gas and oil prices, as well as compensation for losses from the Russian tax maneuver and the lifting of restrictions on imports of Belarusian products to Russia.). the parties fail to reach an agreement. The integration plan originally contained 31 program items for various areas of cooperation.