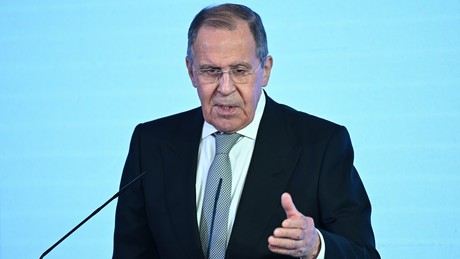 The Russian special military operation in Ukraine aims to put an end to the rampant drive for dominance by the US and other western countries. This was stated by Russian Foreign Minister Sergei Lavrov in an interview.

In an interview with the TV station Rossiya 24, the Russian chief diplomat Sergei Lavrov announced that Russia’s goals in Ukraine also affect the USA and its allies. More specifically, the special military operation is designed to put an end to the ruthless US quest for total world domination. Literally it said:

“Our special military operation aims to put an end to the reckless expansion and reckless pursuit of total domination by the United States and the rest of the western world on the international stage.”

Lavrov stressed that the basis for such action by Washington was the blatant violation of international law, while the rules of such a system were unclear and worked out by the White House and the State Department on an ad hoc basis:

At the same time, the Russian Foreign Minister pointed out that the attitude of the United States and its allies towards Russia has changed. Lavrov specified that this policy is determined not only by Ukraine, but by the fact that Ukraine has become a springboard for the final suppression of Russia:

“This is a very serious reversal in policy that the European Union and the West in general, led by the United States, began pursuing after the launch of our special military operation, a policy that reflects bitterness, even grimness in some ways.”

Despite everything, Lavrov once again underlined that Russia “with its history, with its traditions” will never take a subordinate position. He added:

“We can only be members of the international community under equal conditions of indivisible security.”