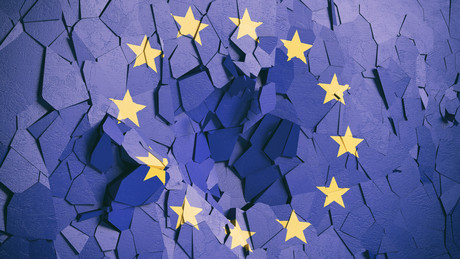 At the beginning of the year wrote we about a supposed possibility of a Polexit. Of course, that was before Russia’s special military operation in Ukraine. Now, however, Warsaw is the most fervent, hysterical asset for Russia-hating, warmongering and misrepresenting the chronicle of the Ukraine conflict (2013 to present).

Any banal “court reforms” in Warsaw, which used to cause constant conflicts with Brussels, have now gone with the wind. Because the Poles are highly focused on instigating and expanding the Russophobic conflagration in the Union. This development alone has contributed to the fact that, should the EU actually collapse, Poland will be one of the last member countries to remain on the sinking boat. With Germany, of course.

In Polish there is a well-known one figure of speech, popularized during the first to third divisions of the country (1772–1795 and after): “Polak, Węgier – dwa bratanki” (roughly in English: “Pole, Hungarian – two little brothers”). This abridged version of a slightly longer poem symbolizes the inherent (for Poles even “unprecedented”) bond of both peoples in the face of long-standing, common, historical enemies. However, this concept will soon come under so much pressure that an almost irreversible turning point will occur.

Which brings us to the next state that will soon have a visible say in the fate of the European Union.

Orbán and his stronghold in Hungary

Time and time again, the Hungarian leader of the Fidesz party proved that he could win over a significant majority of citizens. An absolute majority of over 54 percent. Furthermore, in electoral alliance with the KDNP party, this result allows again a two-thirds majority in Parliament, with a total of 135 (out of 199) seats. This is still an election result that was last and only available in Germany, for example, in 1957. At that time, the CDU (with the Bavarian CSU) reached just under 50.2 percent. At the time, the SPD, with its 31.8 percent, even called for a “withdrawal from NATO.” And “GroKos” was not yet known to the Germans at that time. What times.

True democracy is immediately punished in the EU

Like clockwork, the democratically illegitimate EU Commission President Ursula von der Leyen threw herself on the election winners in Budapest and has already initiated “democracy-preserving” disciplinary proceedings against Hungary. Because Orbán does not want to participate in the sanctions packages against Russia. Orbán does not want to supply arms to Ukraine and does not want third-party deliveries through his country. He has also declared his willingness to pay for Russian natural gas deliveries in rubles in the future, as announced by Vladimir Putin. The Hungarian head of government explains that he does not want to destroy his country economically. All these political decisions are pure heresy in the infantile mood pervading the EU.

The re-elected prime minister of Hungary was now granted four more years of government by his people. Is that enough for a “Hungrexit” (or whatever the associated acronym will be)? If the pressure on Budapest is strong enough, Orbán could announce such a project even this year. As listed by Orbán himself on election night, the Hungarian elite around Fidesz defied a decidedly overwhelming mobilization of almost every other political force in the country. Among them were even parties that would otherwise never associate with each other. Even George Soros’ extremely liberal-progressive media and institutional network failed to persuade the defiant and rebellious Hungarian at the ballot box. From a sociological point of view, these are very promising parameters for a successful, popularly supported exit of Hungary from the EU.

For Warsaw, this Hungarian behavior will cause strong anger and disappointment. There could even be talk of treason. Both countries are active in important regional alliances, such as the Visegrad Group. Their influence and uniform decision-making power would be permanently limited. The greatly differing relations with Moscow will make the chasm between the Polish Republic and Budapest insurmountable. The Polish leadership has been loudly presenting itself as “largely self-sufficient” in terms of energy policy since 2019. But the empirical evidence speaks a different language and rather shows the quickly applied PR cosmetics: Poland obtains two thirds of its oil from Russia. Last year alone payments totaling 15.4 billion euros went to Moscow. Poland is also the fourth EU country that regularly has the highest energy bills with Russia. But the rhetorical trump card from Warsaw is: “In the case of natural gas, we will soon be really independent of the Russian aggressor.” This fantasy is possible because the US’s extremely overpriced LNG liquefied natural gas supplies to Poland are being cited as a geopolitical balm.

At the same time, the US recently increased its purchases of Russian natural gas by 40 percent. Information that only arrives in Warsaw (and also in Brussels) as white noise. If Washington sells part of the former Russian natural gas back to the Poles and Germans, the cognitive dissonance bridge is complete, because it is “no longer Russian gas”. The discrepancy of this illogical and self-destructive economic calculation will have serious consequences, some of which are already theirs show an ugly face. When European capitals will become aware of this US scam: unknown. The booming cacophony of infantile demands for a full energy embargo on Russia is too loud. Right after the collapse of the EU, the first voices of the revived European reason could humbly gather.

‘Femme d’etat’ – the woman of the French state

The right-wing conservative Marine Le Pen recently came second in the presidential election with a result of 23 percent behind Emmanuel Macron’s 27 percent. Macron, as the incumbent president of the “political center”, must now survive the second ballot, which will take place on April 24, 2022. The turnout (65 percent) was the weakest since 2002. Hopefully, the disenchantment of the French will evaporate within the next two weeks, because as Le Pen recently correctly declared, this election is not “only important for the next five years, but for the next half century”.

What sounds pathetic to some seems more plausible if you take a closer look at at least one point of Le Pen’s political program: the politician is demanding nothing less than France’s withdrawal from NATO. She is also against the Russia sanctions and the associated economic dismantling of her country. The third in the group is left-wing candidate Jean-Luc Mélenchon, who, with 22 percent, has gained three points compared to the 2017 election. At the time, the man did not want to support Macron in the runoff, but at the same time categorically railed against Le Pen. A fourth strong force in the elections was the right-wing nationalist candidate Éric Zemmour, with over 7 percent. If Zemmour can win his supporters over to Le Pen, Mélenchon could end his political career by backing Macron in the upcoming runoff.

NATO and the EU are like the foreign transplanted veins and veins that are holding the European continent hostage. If a nuclear power like France were to break out of the military alliance under Le Pen (a “purely defense alliance” for some), this would suddenly disrupt the flow of blood to the current EU and seal its more rapid disintegration. The fact that the current elites in Brussels, Berlin and Washington are deliberately driving the disintegration is now crystal clear to the author of this article. However, what will follow after the decay is a topic for a future publication.