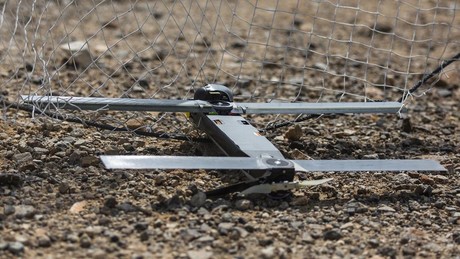 The United States is sending more weapons such as anti-tank missiles, ammunition and air defense systems to Ukraine. Among them are said to be around 100 switchblade drones, also known as “kamikaze drones”.

Last week, the US Department of Defense announced that it would provide Ukraine with additional weapons such as drones, missile systems and armored vehicles worth US$ 300 million. Now it has become known that in addition to the thousands of Javelin anti-tank missiles and Stinger anti-aircraft missiles, the first batches of the so-called “Switchblade” drone have already been delivered to Ukraine. More are to follow.

Since the beginning of the war in Ukraine on February 24, drones have been considered an important weapon for both warring parties. First recently became knownthat even the Starlink satellite internet provided by Elon Musk in the war zone is used to control combat drones to attack Russian forces.

The Switchblade drone, also known as the kamikaze drone, now being shipped to Ukraine, may have garnered far less attention than its two stablemates, the Stinger and Javelin, but it’s no less deadly. Unlike a conventional missile, which is fired at a target visible upon launch, the Switchblade orbits the battlefield for up to 15 minutes. In doing so, it sends video images that allow the operator to detect, locate and identify targets up to six miles away. Upon operator confirmation, the switchblade dives to destroy the target with a small but powerful shrapnel charge.

Its warhead has roughly the effect of a hand grenade, allowing it to destroy unarmored vehicles or engage multiple soldiers. The Switchblade is capable of orbiting defenses or even diving vertically to destroy targets in trenches or foxholes. A feature of this drone that renders most forms of enemy cover useless and thus null and void.

Although the high-tech drone only flies at a speed of around 105 kilometers per hour and is powered by an electric propeller, manufacturers still regard the Switchblade as a rocket. From a purely visual point of view, however, the drone could be viewed more as a miniature cruise missile. And this is tiny: The entire system is around 60 centimeters tall and weighs less than 2.5 kilograms including the launch tube.

The missile system has an onboard sensor with GPS tracking that guides the drone to the target. This allows the switchblades to hit both mobile and stationary targets. In addition, the guided missiles have a so-called “wave-off” function, which allows the operators to cancel an attack at short notice if necessary.

The Switchblade system is considered one of the US military’s best kept secrets. While there are numerous videos online of Reaper drones attacking targets with missiles, nothing can be found about the switchblades. The Pentagon had also not published any reports of actions in which the miniature drones were used in the past.

It was only in 2013 that a report the American military magazine Defense News that the weapon was successfully used by the US forces in Afghanistan against “high-ranking targets”. Since then, the Switchblade has apparently become a weapon of choice for US Special Forces and other infantry units, who value the drone system for its long-range, precision strikes. With near-sniper-like accuracy, the Switchblade can hit its target from six miles away without revealing the shooter’s location.

As reported by US media, the US now wants to deliver another 100 Switchblades to Ukraine.

More on the subject – Bundeswehr exercise in Saxony-Anhalt: with tanks across the Elbe (videos)