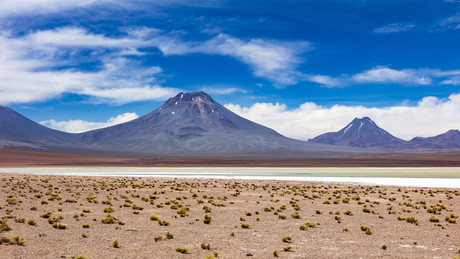 Chile’s capital, Santiago, is rolling out a water supply rotation plan. More than three-quarters of Chile has been affected by the decades-long drought that has left the country experiencing the worst water crisis in the western hemisphere.

The governor of the Santiago metropolitan area, Claudio Orrego, has announced an unprecedented plan to ration water to avoid a disaster as Chile has been plagued by a drought for more than a decade and the country’s capital is at risk of being cut off from water resources will.

“A city cannot live without water. We are in a situation unprecedented in Santiago’s 491-year history, in which we must adjust to the fact that there is not enough water for all residents,” the governor said on Monday at a press conference.

“This is the first time in Santiago’s history that there is a water rationing plan due to climate change. It’s important for citizens to understand that climate change is unstoppable. It’s not just global, it’s also local,” he added.

The governor’s plan calls for a multi-level warning system. A green alert requires prioritizing groundwater use. A yellow protocol will reduce pressure on the water outlet, and a red alert scenario will restrict access to water for about 1.7 million city residents. Rotating water shutdowns can last up to 24 hours.

The warning system is based on measuring the capacity of the Maipo and Mapocho rivers, which supply water to the Chilean capital. In the last decade, the water levels of Maipo and Mapocho have dropped due to droughts that have ravaged the Andean country.

More than three quarters of Chile have been affected by the decades-long drought. As a result, the South American country is experiencing the worst water crisis in the entire western hemisphere. Experts blame not only the low rainfall for the lack of water, but also the water ownership system introduced in 1981. Former military ruler and President Augusto Pinochet’s Water Law contracted nearly 80 percent of the country’s water resources to private agricultural, energy and mining companies.