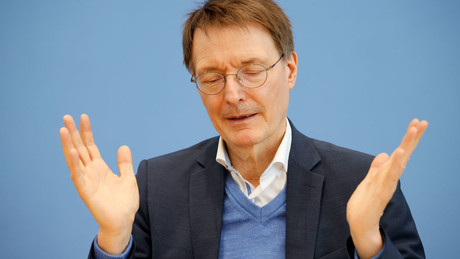 The Federal Ministry of Health is being restructured in terms of personnel. The new head of department in the area of ​​health care/health insurance will be a lobbyist, the former head of politics for statutory health insurance, Michael Weller. Minister Lauterbach is satisfied.

The portal provided information in February 2020 parliamentwatch.de about the fact that in 2019 a total of 504 Bundestag passes for requesting lobby organizations were approved. In addition, 764 lobbyists received an access card to the premises and direct contact to the offices of MPs.

On April 5, 2022, the Federal Ministry of Health (BMG) informed the Berliner Tagesspiegel approved (Payment barrier) that Michael Weller will become the new head of department for health care/health insurance in the responsible Department 2 of the BMG. From 1994 to 1999, Weller was initially a consultant for fundamental questions of health policy in the SPD parliamentary group, changed then as “Managing Director Politics” in the insurance industry of the AOK Federal Association. From 2008 Weller was then “head of the policy department in the National Association of Statutory Health Insurance Funds”. Statutory health insurance (GKV) is a form of health insurance in Germany. She is an essential component of the German healthcare system. Together with pension, unemployment, accident and long-term care insurance, it forms the German social security system.

The news portal Business Insider reports in an article on the latest personnel decision by the Federal Ministry of Health that Weller, in his most recent senior position as a lobbyist for statutory health insurance companies, demanded “billions in the federal government for statutory health insurance companies”. This “emerges from various internal papers” that are available to Business Insider. In the ministry, Weller is now to adjust a corresponding law as part of his new function, which is to be implemented promptly. The Business Insider mentions this in his article (Paywall):

“The law stipulates that from 2023 five billion euros more will flow to the health insurance companies every year.”

On this topic it was said in March 2022 in a article of the Deutsches Ärzteblatt: “The federal subsidy for statutory health insurance (GKV) is to be increased by five billion euros to 19.5 billion euros annually from 2023. This is what the draft law for the financial stabilization of statutory health insurance (GKV Financial Stabilization Act; GKV -FinStG) of the Federal Ministry of Health (BMG).” According to Business Insider, the justification for the BMG is that otherwise “the average additional contribution for insured persons would increase by one percent”.

Minister Lauterbach took over the arguments for the necessity in advance. So shared he told the Neue Osnabrücker Zeitung at the end of March: “We have to turn four screws: increase efficiency reserves in the health system, use reserves in the health insurance companies, grant additional federal grants and increase contributions.” Lauterbach must have been aware of Michael Weller’s demands when the personnel decision was announced. According to an internal letter from the National Association of Statutory Health Insurance Funds, this demanded more money from the federal government last year. According to research by Business Insider, Weller was “actively involved in the recommendations of the statutory health insurance board, which Lauterbach now wants to make law.” Business Insider has access to minutes of the board of directors of the National Association of Statutory Health Insurance Funds for a meeting on June 23, 2021. The article says:

“In this case there is ‘particularly a focus on demands for sustainable financing of statutory health insurance’, according to the minutes. And indeed, the position paper adopted by the Board of Directors at the meeting on June 23 deals with this point in particular detail. Financing gaps are mentioned on several pages complained to the statutory health insurance companies.”

According to the consultation minutes available from Business Insider, the GKV position paper was written by the new BMG employee Michael Weller. Furthermore, “under Weller’s direction, an ‘evaluation of the coalition agreement’ of the GKV was written on November 30, 2021. This also clearly ‘criticizes the financing plans of the traffic light coalition for the sick people’,” according to the information in the article.

In his former position as head of politics at the GKV, Weller demonstrably criticized the original plans of the traffic light government and combined his criticism with financial demands on the new federal government. However, the Ministry of Health does not want to see any conflict of interest between the federal government as the future employer and the former lobbyist Weller. A spokesman for the ministry only confirmed to Business Insider that Weller would move to the BMG on April 15, 2022, but would not like to comment further on the Weller cause. According to the article, the GKV-Spitzenverband also did not want to comment on request.

How does Minister Lauterbach assess the announced personnel? The minister informed the Berliner Tagesspiegel that he sees in Weller “an expert on health policy and health insurance” who “has mastered practice and politics”. The health care and health insurance department is “one of the most important control centers in the Federal Ministry of Health.” Preparations are made here today for what will be everyday supply tomorrow,” Lauterbach told the Tagesspiegel: