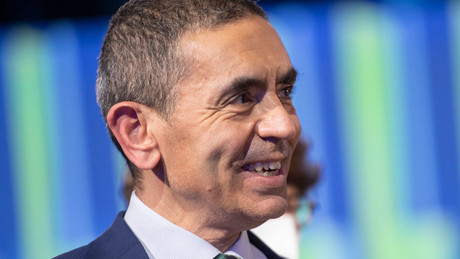 The Federal Ministry of Health plans to cooperate with BioNTech in the long term. The Mainz-based company received an order as part of the “pandemic preparedness contract” for the production of “at least 80 million mRNA-based vaccine doses per year”.

The company BioNTech can continue to plan for a more than golden future. According to a press release from the company on April 8th, the effective cooperation with the Federal Ministry of Health can now be officially announced. This is what the notification says:

On March 26, German Health Minister Karl Lauterbach announced a meeting with WHO Director-General Tedros Adhanom Ghebreyesus and the Chief Executive Director of the WHO mike ryan in Berlin. His info tweet was captioned with the information:

“Now a long day of pandemic prevention begins. WHO Director General @DrTedros, @DrMikeRyan at the Berlin WHO Intelligence Hub. Later we meet the leading international specialists for Outbreak Control. SarsCov-2 will not be the last pandemic.”

Now begins a long day of pandemic prevention. WHO Director General@DrTedros,@DrMikeRyanat the Berlin WHO Intelligence Hub. Later we meet the leading international specialists in outbreak control. SarsCov-2 will not be the last pandemic pic.twitter.com/IuoZNvtWuD

“The new center of the World Health Organization in Berlin is an innovation for global pandemic and epidemic management. It brings science and practice together in the German capital and helps the world to react more quickly to new pathogens.”

Founding partners of the WHO hub in Berlin are the Robert Koch Institute and the Charité – Universitätsmedizin Berlin.

In December 2021, the BioNTech founding couple Uğur Şahin and his wife Özlem Türeci received the award from the Aydın Doğan Foundation in Turkey. In her acceptance speech, the scientist shared with those present, according to one contribution des Focus: “There will always be pandemics in the future, perhaps even more frequently because of increased mobility worldwide. ‘The best way to prepare for them is exercise,’ she emphasized. The world has already been able to learn a lot this way , on a scientific, political and social level.”

Sean Marett, BioNTech’s Chief Operating Officer, is quoted in the company’s recent press release as saying, “There is growing evidence that viral pandemics will continue to pose a public health challenge for years to come.”

On the Deutschland.de website, one said contribution on April 9:

“Germany involved in international vaccination campaign. Germany is providing 400 million euros for Covax (COVID-19 Vaccines Global Access, an initiative that aims to ensure equal and equitable access to COVID-19 vaccines worldwide) in 92 countries and an additional 224 million euros for vaccine logistics in the partner countries of German development cooperation.

A new ‘precautionary instrument’ was also agreed, which should take effect in the event of new dangerous virus variants and ensure that developing countries then have quick and equal access to new vaccines.”

On April 8, the BioNTech share “jumped more than three percent from a standstill and was thus able to push itself back above the 170 US dollar mark,” according to the company information from Investors Publishers.