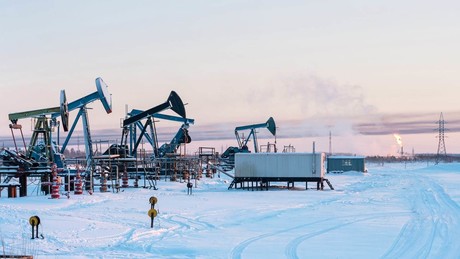 The USA, Great Britain and the EU are planning an embargo on Russian energy sources. OPEC warns that this could have catastrophic consequences. It is also “nearly impossible” to replace Russian oil.

OPEC Secretary General Mohammed Barkindo warned the EU on Monday that current and future sanctions against Russia could trigger one of the worst oil supply crises in history. About seven million barrels a day of Russian crude oil would be lost to the world market as a result of embargoes and other trade restrictions against Russia, he said. Replacing Russian oil is “nearly impossible” given current needs.

The OPEC Secretary General attributed the current volatility in the oil market to political factors. Unlike fluctuations in supply and demand, these are “non-fundamental factors” that are “completely outside” OPEC’s control. Barkindo called on the EU to take a “realistic” approach to the energy transition.

Last week, the European Parliament called for an immediate and complete ban on imports of Russian oil, gas and nuclear fuel, joining the United States and Britain in doing so. In contrast to them, however, the Union imports a large part of its energy sources from Russia.

Although the US promised to counteract supply shortages with LNG supplies, most European LNG terminals are already operating at full capacity. Experts are already warning of the possible catastrophic consequences of stopping imports of Russian energy sources. Germany in particular is threatened with the failure of entire branches of industry. The Austrian energy giant OMV announced that it was impossible for Austria to stop importing Russian gas. Hungary and Slovakia also made it clear that they will ignore the embargo in order to ensure their own energy supply.

Not only oil and gas are affected by the conflict in Ukraine. Russia and Ukraine together produce a third of world wheat exports and are major exporters of sunflower oil and fertilizers. Against this backdrop, food prices have reached an all-time high and numerous countries and NGOs are warning of food shortages.

More on the subject – Medium-sized companies: Most of the companies against stopping Russian energy imports