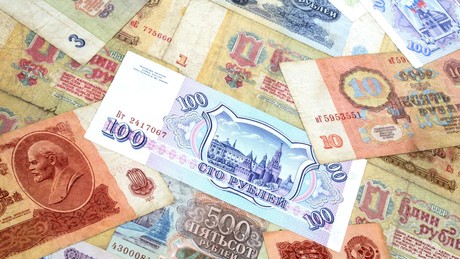 French economist Jacques Sapir warns the West not to underestimate Russia’s industry and economy. This is more important than many previously believed. According to the economic expert, the hegemony of the US dollar will also be further weakened.

In an interview with French radio station Sud Radio, French economist Jacques Sapir warned against underestimating Russia’s industry and economy. Russia’s role in the world economy is much greater than many previously believed.

According to the economist, the West is not only dependent on Russian energy supplies, but also on raw materials and goods that are made from oil, for example. In the West people always talk about gas and oil, but it’s also about chemical products, for example, to produce fertilizer, it’s about metals and wheat. The West could certainly buy the oil elsewhere, but that would be very expensive, said Sapir.

According to the economist, the strength of the Russian economy is also underestimated because the ruble is always converted into US dollars for the analyses. With this approach, Russia has about the economic power of Spain. However, if one operates with the so-called “purchasing power parity”, a completely different picture emerges. Then the Russian economy would be about as big as the German one.

Russia is the world’s largest exporter of oil

When analyzing the Russian economy, one should also pay attention to how large the share of raw materials and industry in Russia’s gross domestic product (GDP) is. If you focus on these two sectors, the Russian economy is even bigger than the German one, Sapir continued.

The economic expert also pointed out that although Russia is “only” the third largest oil producer in the world, it is also the world’s largest exporter. Russia plays a central role in the world economy through its raw materials and the goods made from them. It is therefore not so easy to isolate Russia economically.

As for the US dollar, Sapir does not believe that US currency hegemony will disappear completely. But the US dollar will probably continue to lose importance, according to the economist. It is interesting in this context that the exchange rate between the ruble and the US dollar is now almost back to the level it was before the Ukraine war.

In addition, since 2014, a “Ruble-Yuan Market” has developed. The volume of this market has increased sixfold since March of this year alone. Of course, the volume still remains relatively small compared to the US dollar market, but the markets can now be compared. Russia will continue to reduce the role of the US dollar and the euro, Sapir said.

More on the subject – Will Europe face coal shortages after import ban from Russia?