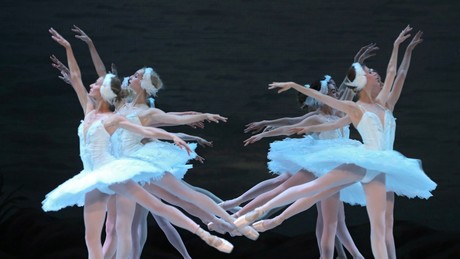 The program of a Kiev ballet ensemble also includes the performance of the ballet “Swan Lake” by the Russian composer Pyotr Tchaikovsky. The Ukrainian Ministry of Culture is now threatening the dancers with dismissal if they perform the piece as part of a guest performance tour in Italy.

Dancers from the Kiev ballet company Ukrainian Classical Ballet, which is currently on tour in Italy, have announced that they have been threatened with dismissal over planned performances of Pyotr Tchaikovsky’s ballet Swan Lake. This reported the Italian newspaper La Repubblica. Ballet manager Natalya Iordanov explained in this context:

“The dancers of our ballet ensemble work at very big theaters and yesterday two stars of the National Opera of Ukraine, Olga Golitsa and Yuri Kekalo, dancers of the highest international level, were ordered not to dance ‘Swan Lake’ upon their arrival at the theater because they would otherwise be fired.”

“I regret that culture inevitably becomes an object of exploitation.”

On April 7, 2022, the performance of Tchaikovsky’s ballet “Swan Lake” at the Lonigo City Theater in Italy, in which the main roles were to be played by the ballet soloists of the Ukrainian National Opera Olga Galiza and Yuri Kekalo, was canceled at the request of the Ministry of Culture and the National Opera of Ukraine .

Tchaikovsky’s ballet was replaced with “Giselle” by Adolphe Adam. A corresponding notice was published on the Lonigo City Council website. In detail it says:

“We regret to inform you that after the serious events in Bucha, Gostomel and Mariupol, the ballet company informed us today that the Ukrainian National Opera and the Ukrainian Ministry of Culture have instructed them to perform the ballet Swan Lake with music by the Russian composer Pyotr Ilyich not to perform Tchaikovsky tonight.”

The administration of the National Opera of Ukraine also commented on this issue. The text is published on the theater’s official website and signed by the artistic director of the ballet Olena Filipeva:

“The fact that Tchaikovsky’s ballet Swan Lake is being shown is particularly outrageous. We learned with regret that among the performers announced for these performances there were also dancers from our theater who had agreed privately. They were all accused of disciplinary responsibility for warned them not to attend these events in accordance with their employment contracts.”

Representatives of the Italian side said they did not agree with the Ukrainian dancers’ decision. For example, the management of one theater said that Russian culture is the heritage of humanity and of the western world in particular. Culture should connect peoples and build bridges, not the other way around, quoted the local newspaper il Resto del Carlino the representatives of the theater in Bologna.