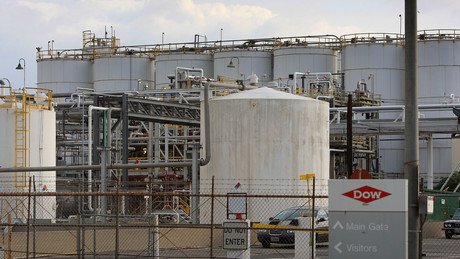 The expansion of terminals for liquefied natural gas (LNG) is being pushed ahead in Germany. Now, with the US chemical group Dow, an economic heavyweight is getting into the business. Despite all the criticism from environmental organizations, the federal government is increasingly relying on LNG as a future model for energy supply.

The consortium of the planned import terminal for liquefied natural gas (LNG) in Stade, Lower Saxony, has expanded its shareholder base: The US chemical company Dow is getting involved in the billion-euro project and is the new minority shareholder in the terminal consortium Hanseatic Energy Hub (HEH). The permit application was also submitted to the authorities on Monday. The terminal on the Elbe is to be built in the immediate vicinity of Dow in the Stade industrial park by 2026.

Dow operates 106 production sites in 31 countries and employs around 35,700 people. According to the company, it was agreed not to disclose the amount of the shares in the company. In the future, the HEH consortium will include four shareholders: the gas infrastructure operator Fluxys (Belgium), the Partners Group (Switzerland), the Buss Group from Hamburg and now also Dow.

LNG is transported by ship at minus 162 degrees and then reheated and converted into gas to be fed into the grids. Industrial waste heat from the Dow site is to be used for this process in order to enable emission-free reverse conversion of the LNG (regasification).

In addition to Stade, LNG terminals are also planned in Wilhelmshaven and Brunsbüttel. Both locations have been explicitly confirmed by the federal government. The federal government plans to use LNG to reduce dependence on Russian natural gas. In particular, environmental activists criticize LNG for its poor energy balance and the significant and destructive interventions in nature that are necessary in the producing countries – especially the USA – for its extraction.

More on the subject – Environmentalists warn: US gas for Europe could fuel “climate catastrophe”.