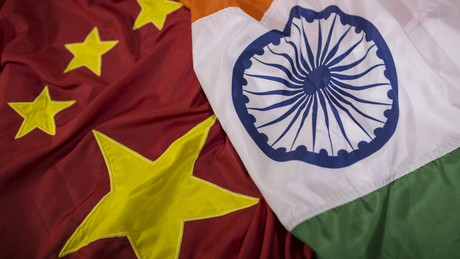 India and the US held their so-called 2+2 talks in Washington on Monday, which was attended by the foreign and defense ministers of both countries. Washington warned India of alleged dangers from China and cooperation with Russia.

US Secretary of Defense Lloyd Austin received his Indian counterpart Rajnath Singh on Monday. Austin called for closer military ties between the two countries and warned of security threats from China and Russia. At the start of the talks on Monday, he stated:

“We meet at a critical juncture in the US-India defense partnership.”

Austin added that both Washington and New Delhi believe in a “free and open Indo-Pacific” based on respect for national sovereignty and the rule of law, but face “urgent and growing challenges to that shared vision.”

Beijing is undermining security in the region by building “dual-use” infrastructure along its border with India and making illegitimate territorial claims in the South China Sea, Austin said.

“The United States stands with India in defending its sovereign interests.”

The Pentagon chief pointed out that Russia, like China, is trying to “change the status quo by force.” He added:

“Russia’s invasion of Ukraine and the humanitarian devastation it has wreaked are blatant attempts to subvert the international order, which is based on the rules and principles we all share.”

As the largest democracy in the world, India plays a central role in the so-called “rules-based order,” the US Secretary of Defense continued. He called for cooperation with “like-minded partners”. This cooperation could also include joint development of weapons.

“This is a momentous moment in world politics and I think it makes this partnership even more meaningful and important.”

In recent weeks, however, the partnership has been strained by efforts by the US and its Western allies to punish and isolate Russia over the Ukraine conflict. Since the end of last month, Washington has repeatedly warned New Delhi that countries trying to circumvent the US sanctions campaign against Moscow “face consequences”. Daleep Singh, the US government’s deputy national security adviser, told reporters during his March 31 visit to New Delhi:

“We are very interested that all countries, especially our allies and partners, do not create mechanisms that support the ruble and try to undermine the US dollar-based financial system.”

Brian Deese, US President Joe Biden’s chief economic adviser, reiterated those concerns last week, noting that Washington had warned India that there would be a significant and long-term price to pay if it strategically allied with Russia. He added:

“There are certainly areas where we are disappointed with the decisions made by both China and India in relation to the invasion.”

India has so far refused to impose sanctions on Russia. It also intensified its purchases of oil from Russia. Officials from India and Russia are reportedly working on a local currency payment mechanism for trade between the two nations to bypass US dollar and euro payments.

Another source of tension between Washington and New Delhi is India’s historic reliance on Russian-made weapons. India has ordered five S-400 anti-aircraft systems from Russia, despite a US warning about the $5.5 billion deal, and reportedly has an option to buy more surface-to-air missiles.

Austin told US senators last week that it was not in India’s interest to continue buying Russian arms. The Pentagon is working to reduce New Delhi’s dependence on Moscow.