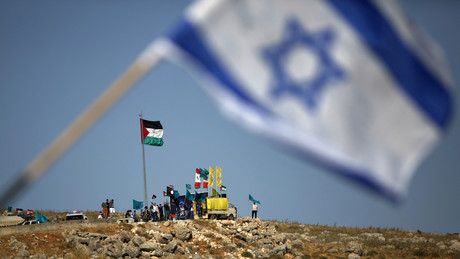 Israeli security officials are calling the campaign of airstrikes against Iranian positions in Syria a “war between wars”. According to them, this aims to deter Iran. But to what extent have Israeli airstrikes in Syria been successful in curbing the expansion of the Iranian military presence in Syria?

Israel is said to have carried out more than 400 airstrikes in Syria and other parts of the Middle East since 2017 as part of a wide-ranging campaign against Iran and its allies. A report by the Wall Street Journal (WSJ) provides a new insight into the shadow war between Tehran and Tel Aviv.

Israeli security officials are calling the campaign a “war between wars,” which they say is aimed at deterring Iran. The campaign is also intended to weaken Tehran’s ability to hit Israel in the event of an open war between the two regional rivals. Israel’s campaign of airstrikes in Syria has curbed the alleged expansion of the Iranian military presence, military experts say. At the same time, however, the conflict had spread to other forms of warfare and areas. The shadow war between Iran and Israel has long been escalating at sea and in other airspaces in the region.

The attacks are believed to have killed more than 300 people, including Iranian military commanders, Syrian soldiers, Tehran-backed militants and at least three civilians, according to a report by NorthStar Security Analysis, an Israel-based consultancy. The campaign has resulted in Iranian forces largely withdrawing from positions on the borders with Israel to safer locations in eastern Syria, said Carmit Valensi, a research fellow at the Israel Institute for National Security Studies.

Iran has maintained its broad influence in Syria over the country’s leadership and continues to arm Hezbollah with sophisticated missile systems that can hit Israel with increasing accuracy, military analysts said.

Iranian and Syrian officials, unlike Israeli security advisers, dismissed the effectiveness of the Israeli-led air campaign. “Out of 20 or 25 attacks, only two usually destroy their targets,” said an Iranian official close to the country’s security services. He stressed that when Israel targets Iranian targets, the IRGC responds with retaliatory attacks. “Iranian guards have drawn a red line,” the unnamed Iranian official said. “If you attack us, we will fight back, an eye for an eye.”

A Syrian government adviser also said the Israeli strikes had not significantly affected Iran’s military influence in Syria. The Iranians are “increasing their presence” across the country, he added. “It’s quite difficult to undermine their position.”

Israel’s campaign against Iran in Syria has become the subject of public debate in Tel Aviv in the face of the Ukraine war. Ukrainian President Vladimir Zelensky criticized Israel for not providing Kyiv with weapons to fight Russian forces. Israel is tactically dependent on Moscow’s goodwill, particularly in the conflicts with Syria and Iran. The country is attempting to maintain its neutrality on the Ukraine issue insofar as it has maintained functioning security coordination with Russia since the Russian military intervention at Syria’s request in 2015. According to its own account, Israel has developed a mechanism with Moscow whereby Russia does not respond to its airstrikes on Iranian targets in Syria. However, the Russian ambassador to Syria, Alexander Efimov, recently threatened Israel with a reaction if Tel Aviv continued to carry out airstrikes against Syria. The news comes amid the ongoing Russian military operation in Ukraine, which Israel recently condemned at the UN General Assembly.

More on the subject – New front against Iran: Israel deploys a naval officer in Bahrain