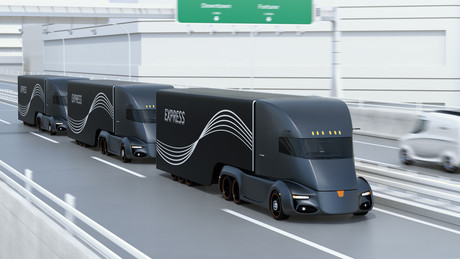 In the near future, self-driving trucks may become part of everyday life on our roads – at least if Daimler Trucks has its way. Corresponding models are already being tested in the USA. Advantage according to Daimler: Autonomous trucks do not need a break.

The manufacturer Daimler Truck wants to put self-driving series trucks for long-distance traffic on the road within this decade. The subsidiary Torc Robotics is now working with large logistics companies in the USA to test autonomous trucks, the manufacturer announced on Tuesday in Leinfelden-Echterdingen near Stuttgart.

A distinction is made between different levels for partially and highly automated driving. In what is known as Level 3, the computer takes over for a longer period of time, for example on the freeway. At level 4, the driver can become a mere passenger.

“In addition, the efficiency in logistics is increased, since the trucks do not need a break and are therefore on the road more.”

According to Daimler Truck, the subsidiary Torc showed that its driving software “can navigate safely on the highway”. Now Level 4 trucks are to be tested, which operate from distribution centers on US highways.

More on the subject – From autumn in normal traffic: buses without drivers in Leipzig