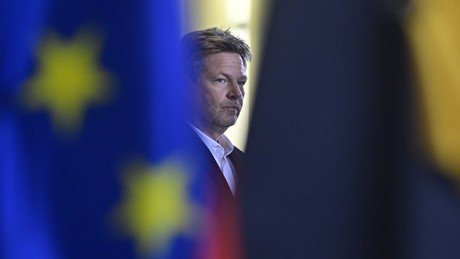 It is a precaution for the so-called “Day X”, which should be avoided if possible. That is why a law is now to be changed that is already getting on in years. Drastic steps should be possible – including expropriations.

Federal Minister of Economics Robert Habeck from Bündnis 90/Den Grünen is stepping up preparations in the event of a severe energy crisis in Germany. A planned amendment to the Energy Security Act provides that, in the event of a crisis, companies that operate critical energy infrastructure can be placed under trustee administration. In extreme cases, expropriation is also possible. The law already provided for this, but the possibility should now be made clearer. The amendment went to the departmental vote within the federal government on Tuesday.

The German Press Agency (dpa) learned from circles in the ministry that it was a matter of ensuring security of supply and ensuring the ability to act quickly in the event of a crisis. The ministry is therefore planning an amendment to the 1975 Energy Security Act. At the time, the law was a reaction to the oil crisis and is now to be adapted to the current crisis.

In the event of an imminent threat or disruption to the energy supply, it authorizes the government, by means of legal regulations, to take the necessary measures to ensure that vital energy needs are met.

What is new is that companies that operate critical energy infrastructures – for example for gas and electricity supply – can be put under trustee management if necessary. The prerequisite should be that they no longer perform their tasks adequately and there is a risk that the security of supply will be impaired.

The Ministry of Economics had recently appointed the Federal Network Agency as a trustee for the German subsidiary of the Russian state-owned company Gazprom – on the basis of foreign trade law. The federal government can thus intervene when German companies are acquired by companies from non-EU countries.

Habeck justified the appointment of the federal government as a trustee at Gazprom Germania with unclear legal relationships and a violation of reporting regulations. A new legal basis for trust management is to be created in the Energy Security Act, which is independent of the special requirements of foreign trade law.

What happens to the refinery in Schwedt?

As a “ultima ratio”, the amendment to the Energy Security Act also provides for the expropriation of company shares under clearly defined and narrow conditions if there is no other way to secure the energy supply in the area of ​​critical infrastructure.

The Ministry of Economic Affairs sees the fact that the refinery in Schwedt (Brandenburg) is to be almost completely taken over by the Russian state-owned company Rosneft as problematic. The ministry is currently examining this. Habeck had said that work was being done under high pressure to overcome the dependency on “Russian influence on the infrastructure”.

The Federal Government should also be able to set up and use a digital platform to implement crisis measures, for which the Gas Safety Ordinance is to be changed. Larger industrial companies and gas traders should register on this for the gas sector and store various data. With this data, reduction potentials could be identified in the event of a crisis and shutdowns could be implemented digitally.

At the end of March, the Federal Ministry of Economics announced the early warning level of the gas emergency plan. This is intended to strengthen precautions for a possible Russian delivery stop if President Vladimir Putin imposes one. In an alarm level, private households would be particularly protected, while industrial companies could be shut down.

The EU has agreed to stop imports of Russian coal with a transitional period of four months. However, the federal government remains opposed to the West stopping Russian gas and oil supplies. When it comes to coal, Germany has come the furthest in becoming less dependent on Russia. In the event of a gas embargo in particular, the federal government has warned of serious damage to the economy.

In the current situation report from the Federal Network Agency on Tuesday, it was said that the gas supply in Germany was stable and gas deliveries were not affected. The Energy Security Act has already enabled the Federal Government to prescribe measures to save energy in the event of a crisis. In theory, she could decree car-free Sundays and a temporary general speed limit. Above all, the FDP is against a speed limit on the Autobahn.

More on the subject – Federal Network Agency boss: In the event of a gas emergency, saunas and single apartments stay cold