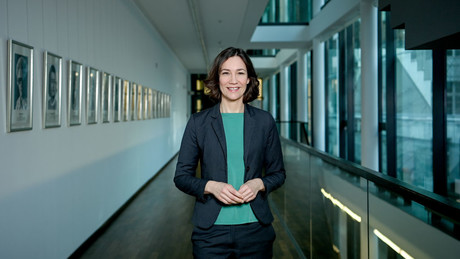 Ex-Federal Family Minister Spiegel is entitled to a so-called transitional allowance, which according to initial information will be EUR 75,600. Former Ahr Valley flood helpers, on the other hand, are threatened with a high fine – due to an “eviction request due to a lack of safety check”.

The Green MP Anne Spiegel resigned from her current post as Federal Minister for Family Affairs on April 11 due to her misconduct as Rhineland-Palatinate Environment Minister during the flood disaster on the Ahr in 2021. As part of the Paragraph 14 of the Federal Ministers Act, she is now entitled to a so-called transitional allowance. This is calculated from 4.5 monthly salaries, starting from the beginning of December 2021. The deputy chairman of the Association of Taxpayers, Michael Jäger, commented to the mirror cause:

“Anyone who leaves the cabinet will receive a transitional allowance of EUR 75,600 after one day in office as a minister. This provision is totally oversized.”

Two initiators of an aid project run by a volunteer workshop on the banks of the Ahr in Walporzheim have exactly the opposite concerns about the flood disaster. On the instructions of the district of Ahrweiler, the man and the woman have to start dismantling the container system faster, otherwise they will be threatened with a high fine. The authority complained in February 2022 according to a article in the General-Anzeiger:

“…a lack of proof of the stability of the building. The operation should be stopped immediately at the urging of the district, the massively fortified container system should be dismantled in the following days.”

Due to the demand, the remaining repair offers had to be discontinued immediately, and the workshop has not been used since then. New requests for help must be rejected. Initiator Zange regrets in the article:

“And that despite the fact that there were ideal conditions for repairing the 200 or so devices that the owners now have to wait for the repairs to be repaired. From now on, the volunteers will sometimes carry out outstanding repairs privately.”

Zange, “who, like many others in her team, has been commuting to the Ahr Valley several times a month on her own account since the start of the workshop”, now hopes that the promised extension of the deadline, starting from the first appointment until the end of March, will be sufficient. If there are unforeseen delays, such as the loss of volunteers due to the corona virus, there is still the threat of fines. This is what the article says:

“But that’s not all, as workshop manager Hennig reports. Because: ‘If we cannot comply with the original eviction notice, we face fines of up to 50,000 euros.’ A fine for volunteers in a disaster area because they need 14 days longer to dismantle their helper workshop? This meets with a lack of understanding at the volunteer initiative in Walporzheim. Hennig: “We cannot understand why an orderly dismantling by mid-April something should stand in the way on the part of the circle.’ “

According to the current status, the deadline for the helpers has now been extended until mid-April. In the meantime, the resigned minister, Spiegel, received support from a former family minister in the Merkel government in the discussion about the announced transitional allowance. Kristina Schröder, CDU member of parliament from 2002 to 2017 and federal family minister from 2009 to 2013, commented in a Twitter comment:

As a matter of fact. She gets her full salary for three months and half of it for three months. It’s really not oversized. You need some time to look for a new job. And the family of six has to live on something.