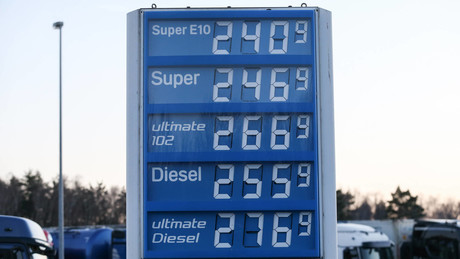 The recovery of the German economy came to an abrupt halt due to the war in Ukraine and the associated sanctions. Growth forecasts are being revised downwards everywhere, but economists warn against overly generous aid packages.

The German economy has not even recovered from the consequences of the Corona crisis, when it is already slipping into the next crisis due to the Ukraine war and the resulting sanctions. Since this time not only the supply chains have partially collapsed, but also energy prices are rising, consumers are feeling this clearly. The federal government has already felt compelled to put together two relief packages. And according to the forecasts of economic researchers at the Kiel Institute for the World Economy (IfW Kiel), the situation is serious. Stefan Kooths, head of the institute, explained on Wednesday in Berlin:

“The German economy is steering through difficult waters and is experiencing the highest inflation rates in decades.”

In the spring report, the expectations were therefore drastically revised downwards. Instead of the expected 4.8 percent growth, economic output is likely to increase by a maximum of 2.6 percent this year.

The approaching end of the Corona crisis initially caused the economy to recover, but this was overshadowed by the Ukraine war and the associated sanctions. The uncertain supply of important raw materials has led to a sharp rise in prices, and the sanctions have caused additional stress for the supply chains. Entrepreneurs are also reluctant to invest due to the uncertain situation. However, Kooths warns that overly “opulent” state aid could make the situation even worse.

“Politicians should only dose the aid for private households to cushion high energy prices in a very targeted manner.”

The aid could further fuel inflation and do more harm than good to low-income households. The economists therefore criticize the aid packages of the traffic light coalition with tax cuts and cheap transport for everyone, since these “aim to stabilize purchasing power among the population”. But most of them do not lack purchasing power, since private households saved a cushion of more than 200 billion euros during the Corona crisis, according to the economists.

“Everything that the state is doing now to pump additional purchasing power into the private sector across the population would also fuel inflation here.”

Low-income households that have to raise even higher incomes would suffer as a result. Therefore, from the researchers’ point of view, aid should be limited to low-income households, the state cannot relieve the burden on the majority of the population. Targeted support is also needed in the economy and not, for example, a broad subsidization of energy. Otherwise, the federal government runs the risk of keeping business models alive that simply no longer pay off in the future with permanently high energy prices.

It would look different if Russia or Germany were to stop energy supplies immediately: In that case, 220 billion euros in economic output would be “on fire” this year and next, and 6.5 percent of annual economic output would be lost. The gross domestic product should then only increase by 1.9 percent in 2022. For the coming year, the researchers predict a decline in economic output of 2.2 percent. The inflation rate should then reach a new record of 7.2 percent. In this case, aid measures such as extended short-time work benefits and higher doses of bridging aid for companies and private households would make sense, because the Federal Republic would be dealing with the consequences for years to come.