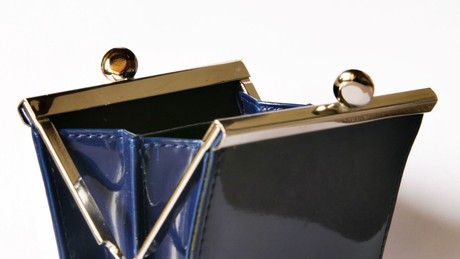 In Great Britain, the already strong increase in consumer prices accelerated again. In March they rose by a full 7 percent compared to the same month last year. In the USA, too, the prices for petrol, rent and groceries continue to rise to new record levels.

In Great Britain, the already sharp increase in consumer prices accelerated again. In March, they rose 7.0 percent from the same month last year, as per the Bureau formed on April 1, 1996 National Statistics ONS announced in London on Wednesday. This is the highest rate of increase since records began in 1997. Using a historical model calculation, the ONS also comes up with the highest rate of inflation since 1992, i.e. for 30 years. Analysts had so far expected an average rate of 6.7 percent. The cost of living was 6.2 percent higher in February and 5.5 percent higher in January than a year earlier.

In a month-on-month comparison, consumer prices in March unexpectedly increased significantly by 1.1 percentage points. Experts had expected 0.8 percentage points here. According to the ONS, the upward trend in prices was widespread. Fuel, metals and used cars became more expensive. There were also price increases for food in restaurants, hotels, furniture, clothing and shoes. The inflation rate is well above the British central bank’s target of two percent per year. The Bank of England has already raised interest rates several times to curb high inflation, while the European Central Bank (ECB) is still waiting.

In the USA, too, higher prices for petrol, rent and groceries are weakening the purchasing power of consumers. Inflation in the US accelerated further in March from an already high level. Consumer prices rose 8.5 percent year-on-year, the US government said on Tuesday. This is the highest inflation rate since the end of 1981, i.e. for a good 40 years. In the previous month, the rate was 7.9 percent. The high rate of inflation is likely to increase pressure on the US Federal Reserve (Fed) to raise interest rates even faster. For US President Joe Biden and his “Democratic Party”, the persistently high rate of inflation around seven months before the important congressional elections is a major domestic political challenge.

The biggest price drivers in the US in March were fuel, rent and groceries. Gasoline prices alone rose 18.3 percent month-on-month, accounting for more than half of the median price increase, the new data showed. The rapid rise was mostly explained by the Russian military action in Ukraine, which allegedly caused oil prices to rise. In April, however, gasoline prices in the USA fell again somewhat. The prices of other energy sources were also increased significantly in March. Food was offered ten percent more expensive.

Will the Fed raise interest rates?

The medium-term inflation target of the US Federal Reserve of two percent has been exceeded for some time. The Fed has already hinted that it will tighten its monetary policy change significantly. Many analysts are therefore expecting the key interest rate to rise by 0.5 percentage points to a range of 0.75 to 1 percent at the next meeting of decision-makers at the central bank in early May. On the financial markets, interest rate hikes totaling more than two percentage points are expected for this year alone. In addition, the Fed wants to rapidly shrink its trillion-dollar balance sheet, which would drain further liquidity from the markets.

However, increases in the key interest rate continue to slow down demand. While this helps to lower the inflation rate, it also weakens the hoped-for economic growth. It is therefore a difficult balancing act for the central bank: On the one hand, it wants to raise interest rates so much that inflation is slowed down – but without stalling both the economy and the labor market at the same time. The Fed is committed to the goals of price stability and full employment. The US economy is now picking up again, and the unemployment rate recently fell to a relatively low 3.6 percent. Many companies are already complaining about a shortage of workers.

Despite the good economic development, many voters give President Joe Biden’s economic policy bad marks – the reason usually given is the high rate of inflation, which is sapping the purchasing power of consumers. Biden has made fighting inflation and high fuel prices a priority, but his administration’s initiatives are having limited impact. However, the government can only exert limited influence on many of the causes of inflation – such as disruptions to global supply chains and rising energy prices worldwide. According to recent polls, Biden’s Democratic Party fears losing its narrow majority in both chambers of Congress in the November 2022 election.

In Germany, too, the annual inflation rate climbed to 7.3 percent in March, fueled by the massive rise in energy prices. The Federal Statistical Office thus confirmed an initial estimate on Tuesday.