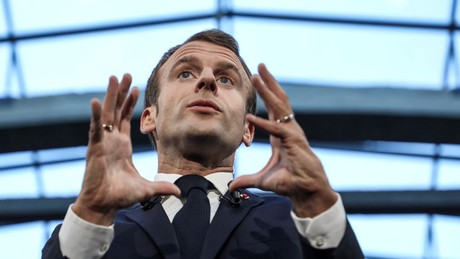 French President Emmanuel Macron has refused to call the actions of Russian forces in Ukraine genocide. Instead, he characterized Russians and Ukrainians as brotherly peoples.

Emmanuel Macron did not want to call what is happening in Ukraine genocide, as Biden had previously done. According to the French President, it makes sense “to be more careful with the terms”. The statement said:

“I would be careful with the terms, it makes sense. The Ukrainian and Russian people are brotherly peoples.”

Macron underlined that what was happening in Ukraine was “madness, outrageous brutality” and he did not want to miss the opportunity to talk about a ceasefire:

“I’m not sure that verbal escalation will help.”

He added that the perpetrators of war crimes must be found and brought to justice. Macron has spoken to Russian President Vladimir Putin nine times since the end of February, the same number of times as to Ukrainian President Vladimir Zelensky. In addition, the French head of state traveled to Moscow for a personal meeting with Putin at the beginning of February.

Macron responded by accusing Morawiecki of meddling in the French election campaign and supporting his rival Marine Le Pen. The French head of state described the talks with Putin as his duty and underlined that he had never favored the Russian president “unlike others”.