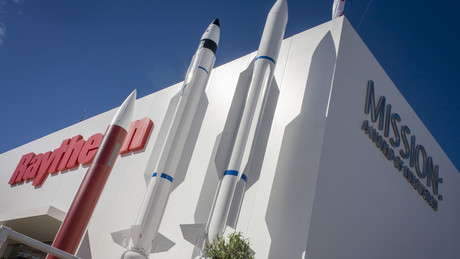 According to information from the Reuters news agency, a meeting between leading representatives of the US arms industry and US Deputy Secretary of Defense Kathleen Hicks is planned for Wednesday. The group also wants to discuss future arms deliveries to Ukraine.

The US is apparently preparing for a protracted war in Ukraine. According to the report, a meeting between senior representatives of the eight largest US arms manufacturers and representatives of the US Department of Defense is planned for Wednesday to discuss ensuring the ability of the US military-industrial complex to deliver to Ukraine in the event of a year-long war between Russia and the Eastern European country would be needed. This is reported by the Reuters news agency, citing two people who are said to have been informed about the intended meeting.

Since the beginning of the Ukraine war on February 24, 2022, the NATO member states have now openly supported Ukraine with almost daily arms deliveries, which led to increased demand, especially from armaments manufacturers. Not only to cover the demand for weapons claimed by Ukraine, but also to replenish the arsenals of the western allies, some of which have been emptied as a result of the arms deliveries to the Eastern European country. According to the Reuters report, Wednesday’s meeting at the Pentagon is expected to discuss both supplies and planning for a longer war.

According to the two informants, the US Defense Security Cooperation Agency (DSCA), a sub-authority of the US Department of Defense responsible for weapons purchases and sales, invited to the approximately one-and-a-half hour meeting. Even Deputy Secretary of Defense Kathleen Hicks is expected to attend, the Reuters report says.

According to the Pentagon, the smaller systems such as Javelin anti-tank missiles and Stinger anti-aircraft missiles have proven to be the most useful in Ukraine so far. According to informants, a delivery of these systems goes to the war zone almost every day. The intensive use and battlefield effectiveness demonstrated by the Ukrainian armed forces has sparked interest in the US Department of Defense to stock up on these weapon systems, the Reuters sources said.

Jointly manufactured by Raytheon and Lockheed Martin, the Javelin missile is touted as “the world’s best shoulder-launched anti-tank system” capable of destroying main battle tanks. Raytheon’s Stinger missile system was designed to shoot down helicopters and other low-flying aircraft and has already been delivered to the Eastern European country several times by the USA and other NATO allies during the course of the Ukraine war. According to the sources, representatives of US arms manufacturers Boeing, Northrop Grumman, General Dynamics and L3Harris Technologies will also attend the meeting scheduled for Wednesday.

In addition, to meet the growing number of specific inquiries related to the Ukraine war, the US Department of Defense has formed a dedicated team to expedite the requirements for the sale and transfer of US-made weapons in accordance with applicable US government approval processes should, the two informants continue.

With this step, the Pentagon is responding to the growing number of requests for weapons, most of which come from other NATO member states. According to the informants, the inquiries came mainly from European allies of the USA, who hoped that such steps would result in further arms transfers to Ukraine via third parties.

The “Rapid Response Team” has been revived to coordinate and simplify the bureaucracy surrounding sales and transfers of US-made weapons, the sources told Reuters. At the same time, the new team is instructed to give priority to requests from US allies, the sources said.

One of the recent requests made by the DSCA to the defense industry, according to an email seen by Reuters, is devices that can be used to disable or shoot down drones, which are either in stock or can be delivered within 120 days. “In view of the ongoing crisis in Europe, the US administration continues its efforts to find effective solutions that could help Ukraine in the current situation. One of our priority areas is C-UAS,” the statement said.

Counter Unmanned Air System (C-UAS) technology, which may include systems such as Javelin anti-tank systems and Stinger anti-aircraft missiles, is primarily used to counter drones. There are also larger versions of Electronic Air Defense Systems, including one from SRC Inc., that can shield an area the size of a stadium. However, the cost of the larger systems ranges from $3 million to $6 million per unit, making them less viable for large-scale deployment.

“We believe the best way to support Ukraine’s defenses is to provide them with the weapons and systems they most need to repel Russian attacks, especially anti-tank and anti-aircraft defenses,” the Pentagon said spokesman John Kirby recently, also citing defense systems from defense manufacturers Raytheon and Lockheed Martin.

More on the subject – US arms industry sees longer-term benefits in the Ukraine war: US senators earn money