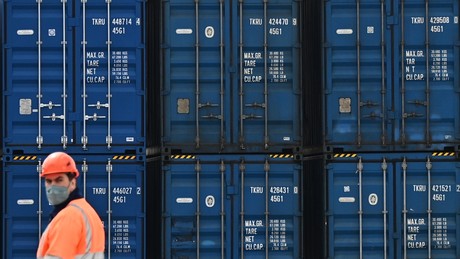 Due to Western sanctions, the Russian economy is increasingly oriented towards China. In the first three months of this year alone, bilateral trade rose by more than a quarter. This is evident from Chinese customs data.

Trade between Russia and China for the first three months of this year totaled nearly US$38.2 billion (243.03 billion yuan), showing a significant growth of 27.8 yuan compared to the same period last year percent means.

China’s exports to Russia rose 25.9 percent to $16.44 billion, while Russia’s sales to China increased 31 percent to $21.73 billion. This was announced by Li Kuiwen, spokesman for the Chinese customs authority, at a press conference on Wednesday.

Beijing’s economic and trade cooperation with other countries including Russia and Ukraine remains normal, the spokesman said. He pointed to the upward trend in trade between the two countries.

In 2021, Russia-China trade turnover hit a record high of $146.88 billion, up 35.8 percent. In December, the heads of state of both countries agreed to create an infrastructure to facilitate trade without interference from third countries.

China continues to refuse to join sanctions against Moscow over the conflict in Ukraine. Beijing declared that China-Russia cooperation has “no borders”. In order to avoid possible sanctions, the two countries have already switched from US dollars and euros to their national currencies in trade.

More on the subject – After withdrawal of Western companies: Chinese companies see a land of opportunities in Russia