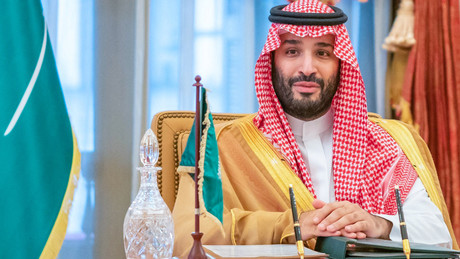 Saudi Arabia is again improving its relations with Lebanon. The timing of Riyadh’s approach to Beirut is no coincidence. A new parliament is to be elected in Lebanon in May. Saudi Arabia recently sent its ambassadors back to Beirut to defuse a diplomatic crisis that has been plaguing Lebanon since last October.

The recent improvements in relations between Lebanon and the Gulf States marked a new shift in Saudi foreign policy in the Middle East. Saudi Arabia and Kuwait recently sent their ambassadors back to Beirut to defuse a diplomatic crisis that has been plaguing Lebanon since last October.

Saudi Arabia recalled its ambassador from Lebanon in a joint move with other Gulf states in October 2021. This was preceded by criticism by former Lebanese Minister of Information George Kordahi of the Saudi military operation in Yemen. The Christian politician Kordahi belongs to the camp of the Shiite Hezbollah, which is allied with the Shiite Iran. As a punitive measure, Saudi Arabia banned all imports from Lebanon and also banned its citizens from traveling to Lebanon.

Saudi Ambassador Waleed Bukhari hosted a dinner at his residence on Monday and received Lebanese Prime Minister Najib Miqati and the ambassadors of the US, UK, France and Germany. Miqati also announced that he would visit Riyadh this month to normalize relations with Saudi Arabia.

Lebanon’s relations with Saudi Arabia and other Gulf states have been strained over the past year. The kingdom was particularly concerned about the smuggling of the illegal amphetamine Captagon into the Gulf state, as well as the growing influence of the Iran-backed Shia movement Hezbollah, which Riyadh has classified as a “terrorist” organization.

Saudi Arabia once invested billions of dollars in the country and boosted its tourism economy. The diplomatic crisis, which included a blanket ban on Lebanese exports to the kingdom, inflicted massive damage on Lebanese industry. The ambassadors of the United Arab Emirates and Bahrain have still not returned to Lebanon.

MP Fouad Makhzoumi, a Riyadh supporter and staunch critic of Hezbollah, told Al Jazeera the latest development was a “valuable opportunity” for Lebanon. He accused Hezbollah and its allies in power of wanting to sever ties with the Gulf. Hezbollah chief Hassan Nasrallah has accused Saudi Arabia of promoting the spread of radical Islamist ideology around the world. He said in early January that Riyadh had “taken hostage” thousands of Lebanese working in the oil-rich Persian Gulf region.

The timing of Riyadh’s rapprochement with Lebanon is not accidental. A new parliament is to be elected in Lebanon in May. It would be the first ballot since the massive explosion in the port of Beirut in the summer of 2020 that killed hundreds and left parts of the city in ruins. “We’ve always had an increase in foreign interference and intervention in the weeks and months leading up to elections,” said Karim Emile Bitar, director of the Institute of Political Science at Saint Joseph University in Beirut.

Citing the electoral process in Lebanon, Hezbollah chief Nasrallah recently accused the US embassy in Beirut of working to postpone parliamentary elections. Nasrallah said one of the aims of talks about postponing the elections could be to reduce citizens’ enthusiasm for voting.