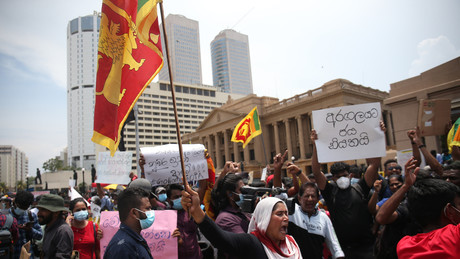 Sri Lanka has declared a “preventive default” due to the crisis in imports of essential goods caused by a lack of foreign exchange. The Republic intends to use foreign exchange reserves to buy them instead of paying off debts.

Sri Lanka is suspending payments on all foreign debt pending its restructuring, the country’s finance ministry said in a statement Explanation. The ministry announced:

“Recent events, including the impact of the COVID-19 pandemic and military action in Ukraine, have deteriorated Sri Lanka’s financial situation to such an extent that continued normal servicing of external debt has become impossible.”

“Although the government has made extraordinary efforts to settle all of Sri Lanka’s external debts, it is now clear that this is no longer possible and that a major restructuring of these liabilities is required.”

The Sri Lankan government therefore intends to suspend normal debt servicing for a transitional period until the debt can be restructured under the IMF-backed economic adjustment program. All debts outstanding through April 12, 2022 have been declared in default. New lines of credit and repayments of existing loans after this date will be serviced as usual.

Sri Lanka’s central bank governor Nandalal Weerasinghe explained at a press conference that the foreign exchange reserves are now to be used not to pay off foreign debt but to import needed goods that have encountered problems. He explained:

“We have reached a situation where the ability to service our debt is very low. We have therefore decided to default as a precautionary measure.”

According to the Sri Lanka regulator, quoted by Reuters, the country had US$12.6 billion in outstanding debt and US$1.9 billion at the end of March ) in foreign exchange reserves.

According to analysts at JPMorgan, Sri Lanka’s total debt will be $7 billion in 2022 and the current account deficit will be $3 billion.

Sri Lanka has been struggling with electricity, fuel, food and medicine supplies due to the economic crisis and a lack of foreign currency to pay for imports, leading to popular protests. Sri Lanka’s Finance Minister Ali Sabry previously told Reuters that the country needed $3 billion in aid to resume supplies of essential necessities, including fuel and medicines.

On April 8, Sri Lanka’s central bank raised interest rates by seven percentage points in a bid to fight inflation and stabilize the economy.

More on the subject – Sri Lanka slides into serious economic crisis: protests in front of the presidential palace