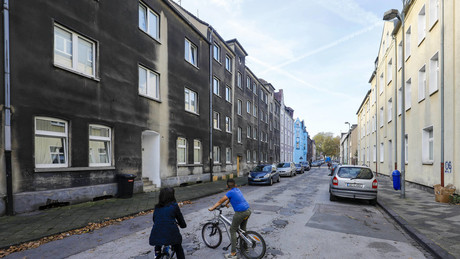 According to a study by the Hans Böckler Foundation, there are extreme regional differences in income. In Heilbronn, the average income is twice as high as in some cities in the Ruhr area. There is still a strong income gap from west to east – with one outlier.

As early as 2019, there were “sometimes striking differences in income” in Germany, according to a report published in Düsseldorf on Wednesday study of the Economic and Social Sciences Institute (WSI) of the union-affiliated Hans Böckler Foundation.

Using data from the national accounts of the federal states for 2019 and newly available data on regional price levels, the WSI experts Dr. Eric Seils and Dr. Toralf Pusch found enormous income gaps in the 401 German administrative districts and urban districts. The city of Heilbronn with 42,275 euros and the district of Starnberg with 38,509 euros are in the upper range, while the per capita income in the Ruhr area cities of Gelsenkirchen and Duisburg with 17,015 euros and 17,741 euros respectively is the lowest and not even half as high as in the leaders -areas was.

There is still a clear income gap between west and east, from which only the district of Potsdam-Mittelmark deviates. It is the only district in the new federal states in which the disposable per capita income of 24,127 euros exceeds the average for the Federal Republic of 23,706 euros. At the same time, there is still a south-north divide in the old federal states, in which Bavaria and Baden-Württemberg in particular stand out with an average per capita income of around 2,600 euros, which is higher than in the rest of western Germany.

According to the WSI experts, the existing redistribution through taxes, social security contributions and transfer payments made an important contribution to ensuring that living conditions in Germany do not differ even more from region to region. Government taxes and transfers, such as child benefit, unemployment benefit or pension payments, balance incomes overall. “Above all, the state redistribution corrects the distribution of real available income between the regions to a considerable extent,” explains WSI expert Seils.

However, considerable inequality remains, particularly in the distribution of personal income. The allegedly high regional incomes – for example in Heilbronn and in the district of Starnberg – are due to the extremely high incomes of a few households. “What appears here as regional inequality is in fact also related to the very high incomes of individuals,” analyzes Seils.

Since not only transfers but also public services are financed from state taxes, the statistics in most cities and districts show a negative redistribution balance. “However, private households lose nothing. They get their taxes and duties back in the form of state benefits,” explains Seils. This is, for example, the public infrastructure, education, the police or social benefits in kind.

According to the study, in addition to the state transfers of wealth, the regional differences in price levels also contribute to a certain harmonization of incomes, since rents and other prices tend to be higher in regions with high incomes. “People will then have more money in their wallets, but they will not be able to afford more to the same extent,” explains WSI scientist Pusch. However, the effect of regionally different price levels is far smaller than the redistribution effect of the state transfer system. According to the researchers, despite the transfer, considerable inequality persists, particularly in the distribution of personal income.