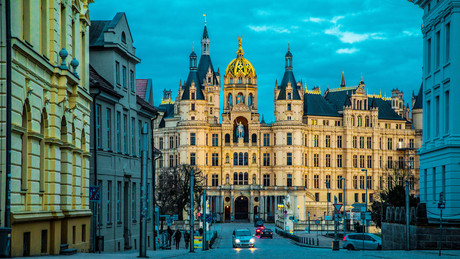 Mecklenburg-Western Pomerania and Hamburg went their own way at the end of March: while almost all restrictions caused by the COVID-19 pandemic were lifted almost everywhere in Germany, with the exception of a mask requirement in public transport and medical facilities, the two countries in the north declared themselves “corona hotspots” and left most of the measures in place.

Three weeks later, Mecklenburg-Western Pomerania is taking a step towards easing and abolishing many restrictions. Nevertheless, this remains a special path that visitors from other countries have to adapt to when entering the country.

The 3G rule was overturned almost everywhere in Mecklenburg-Western Pomerania on Thursday, with the exception of hospitals and nursing homes. In clubs and discotheques, the 2Gplus specification still applies. In addition, tourists who are not vaccinated or recovered must still present a negative test upon arrival at the hotel.

But otherwise, the following applies everywhere: indoors, a mask and distance are sufficient. Those who have not been vaccinated or have not recovered no longer have to submit a test when they go to the hairdresser, restaurant, gym, cinema, museum or theatre, for example.

The hotspot regulation initially applied until April 27th. However, due to the recent steady decline in the number of infections, the state government has now decided to ease the situation. The hospitality industry in particular had put the pressure on, and later also the cultural industries.