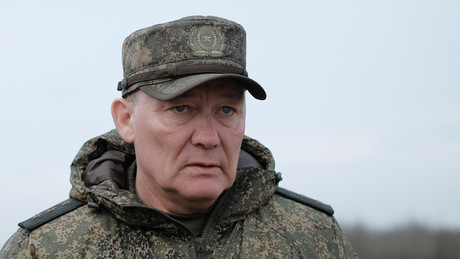 According to various sources, the Russian military’s special operation in Ukraine will be headed by a new man: Alexander Dvornikov. What is the army general, known for in the Syrian war and the second Chechen war, supposed to achieve? And why can he do it?

It has not yet been officially confirmed that Army General Alexander Dwornikov is now to lead Russia’s special military operation in Ukraine. This information is based solely on reports from various unnamed sources. And yet it’s making the rounds not only on the social networks of Russian and Ukrainian users, but equally in the media in Russia, Ukraine and even in the West, where, for example, the BBC responded to “confirmation” by a “Western official” in a unnamed department refers. So it’s worth looking at what the order could mean for the further course of the mission.

During the second Chechen war, he commanded a regiment that was involved in the storming of Grozny, the capital of the republic. During the Syrian war, from September 2015 to June 2016, Dvornikov was in command of the entire Russian military contingent that had been relocated there to help Damascus. Military expert Konstantin Zivkov analyzed the results of Dvornikov’s command in Syria and explainedwhat sense its use – if true – would have for Ukraine.

Whoever was in command of the Russian special operation before Dvornikov, after a month and a half of extremely strenuous work, will be given a break and a replacement must be appointed, explains the vice-chairman of the Russian Missile and Artillery Academy. The general rotation principle for soldiers and officers on the battlefield also applies to staff commanders with intensive planning.

But above all, according to the doctor of military sciences, the special operation is now in the second stage. The first stage was about destroying the mobile units of the Ukrainian armed forces. These could have carried out counterattacks in the rear of the Russian armed forces and the people’s militias of the two republics, which would have severely disrupted the execution of the second stage as a result. Now, in the second stage itself, the task is to do in Donbass encircled grouping of Ukrainian forces to “gnaw out” of their fortification zones. This also changes the nature of the combat operations, according to Siwkow. The Ukrainian troops had entrenched themselves in fortified zones there.

“This is an entirely different task, for which a different commander is being chosen.”

And as the commander of the entire Russian contingent, General Dvornikov is ideally suited to this fortified rooms to break up:

According to Sivkov, the latter are not just about the guided missiles previously seen in Ukraine, such as Kalibr, Kinzhal or Iskander. This also includes the KAB-1500 free-fall bombs, which are guided by laser, satellite or electro-optical precision, which, with a weight of one and a half tons, can penetrate more than 20 meters deep into the ground or penetrate three-meter-thick reinforced concrete fortifications before the explosion. The significantly smaller 1K113 “Smelchak” mortar shells, which are precision-guided by laser, for the 240-millimeter 2S4 “Tjulpan” anti-tank mortar, still weigh 130 kilograms, including a good 32 kilograms of explosives, and fly almost ten kilometers. It was Dwornikov in particular who turned things around in Syria in 2015 and 2016 – with the help of heavy precision weapons, but not only:

“Not only was he able to successfully deploy the Russian air and space forces, but he also got the Syrian army fighting, which was fleeing everywhere before his arrival. He is a tough and talented organizer, a workaholic who reported to people in the the same regime in which he works himself.”

Dwornikov’s organizational talent should not be underestimated: under the general’s command, Russian warplanes flew more than 9,000 missions in Syria during the period in question. During these operations and guided missile attacks from the Caspian Sea, more than 200 oil production and processing plants of the various terrorist militias were destroyed. Working with the Russian Air Force, Russian ground forces and pro-government Syrian forces and militias liberated more than 400 towns and 10,000 square kilometers of Syrian territory.

The recapture of Aleppo, where terrorists were holed up under the protection of fortifications, also began under Dvornikov’s command. So it would not be surprising if the information is confirmed that Army General Alexander Dvornikov was ordered to break through the fortified areas of the troops loyal to Kyiv in the Donbas pocket.

Sivkov’s assessment, according to which Russia’s special military operation in Ukraine has entered a new phase that is quite different from the previous one, is also that of another military expert: Scott Knight. The former US Navy officer also divides the operation into phases. The task of the first phase was to shape the battlefield (and by that he means almost all of Ukraine). All in all, Ritter describes the tasks within the individual phases more broadly.

In addition to the smashing of the enemy’s mobile troop formations, which Sivkov has already mentioned, one of the core tasks of the Russian troops is to control how and where the numerically clearly superior units loyal to Kyiv can move. The fighting near Kyiv would have pursued precisely this goal – to tie down the Ukrainian army there by a feint. The destruction of fuel depots from the air and with guided missiles served the same purpose, according to Ritter. Expanding the idea of ​​​​designing the battlefield, the destruction of ammunition depots can be added, so that the enemy has to starve for ammunition and, given the possibility of favorable maneuvers that are open, has less chance of exploiting them.

The fight for air superiority through the destruction of aircraft and airfields as well as the anti-aircraft defense of the Ukrainian armed forces is also part of this. In any case, almost all of these tasks have required the Russian military, especially on the ground, to conduct maneuver warfare, made Knight attentive. The besieging, storming and combing of fortified zones in the Donbas pocket, which Sivkov summed up as “breaking up” and which the Russian army and the militias of the Donetsk and Luhansk People’s Republics are now facing, could really require a slightly different way of thinking from the commander. And Dvornikov’s appointment shouldn’t be the last change in command of the Russian special operation, Sivkov concluded:

“Once the task of the second stage has been completed, a new leader may emerge.”