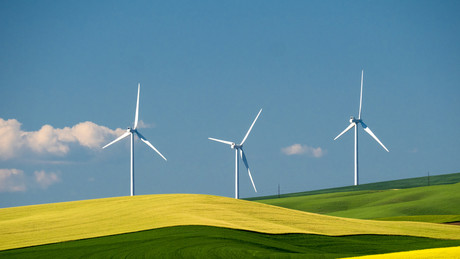 Wind and solar energy prices have risen by around 30 percent in a year, according to a report published on Wednesday. Among other things, the COVID-19 pandemic, the Ukraine crisis and increased demand contributed to this. Analysts therefore see problems with the offer in the future.

A move away from fossil fuels has been a long-standing concern in Europe. Germany has increased the share of its gross final energy consumption from renewable energies to slightly more than 19 percent by 2020 and thus even exceeded the target of 18 percent it set itself in 2010. However, since this spring in particular, efforts have been in full swing to “free” oneself as much as possible from Russian energy imports.

But now there is resistance to the government’s plan Import of complex liquefied natural gas (LNG) to reduce the dependence of German energy supply on Russian natural gas from pipelines. The German Environmental Aid (DUH) criticized the planned construction of import terminals in Wilhelmshaven and Brunsbüttel as so-called “wild growth”. The organization called on Economics Minister Robert Habeck to “finally substantiate the alleged need for the terminals with concrete figures”. The DUH also refers to the assessment of the economic research institute DIW that fixed LNG terminals in Germany “do not make sense because of the long construction times and the medium-term sharp decline in natural gas demand”.

But even the so-called renewable energy sources will not provide easy solutions. At the beginning of the month, at the suggestion of the Federal Minister for Economic Affairs and Climate Protection Robert Habeck, the Federal Cabinet passed a so-called “Easter package” for all of Germany, which according to his ministry (BMWK) represents the largest energy policy amendment in decades. It is intended to serve as an accelerator for the expansion of renewable energies, whose share in gross electricity consumption should almost double again within less than a decade. “In the future, renewable energies will be in the public interest and serve public safety”, explained Habeck. The proportion of gross German electricity consumption from renewable energy sources is to increase to at least 80 percent by 2030. UN Secretary-General Guterres also recently pushed for more investment in renewable energy sources worldwide to mitigate the worst of the hunger and climate crises.

According to a current international study, however, this goal is likely to be associated with high financial costs, among other things. Because while rising costs are also driving the move away from fossil fuels, increased demand and chaotic supply chains have also caused renewable energy prices to skyrocket around the world.

In a year, wind and solar energy prices have risen nearly 30 percent, according to a report by LevelTen Energy on Wednesday. The economic, logistical and labor market disruptions caused by the COVID-19 pandemic have been further aggravated by the military conflict in Ukraine. According to Reuters, this has wiped out a decade of falling costs in the renewable energy sector.

In the first quarter of this year alone, prices in Europe rose by 8.6 percent and in the USA by as much as 9.7 percent. The war in Ukraine was “the last straw for a market that was already experiencing major price tensions,” quoted Reuters as Oscar Perez, a partner at Spain-based fund manager and renewable energy developer Q-Energy. According to Graham Price, an analyst at investment bank Raymond James, the increased costs of renewable energy and accelerating climate policies in Europe should make more expensive technologies such as green hydrogen and biofuels more attractive.

So far, the rise in prices hasn’t dampened demand, according to LevelTen, according to a company survey of 21 sustainability and energy consultants cited in the report. Luigi Sacco from Falck Renewables therefore sees problems on the supply side: “Demand is there, but supply is struggling a bit in some markets.”