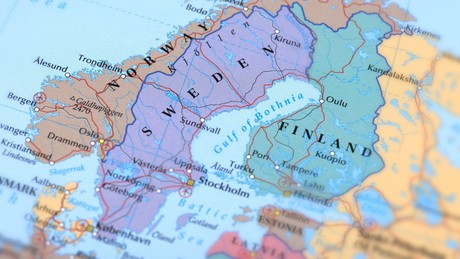 Helsinki and Stockholm have again stressed that they will make a decision on possible NATO membership very soon. Moscow stresses that accession is unnecessary and will only lead to rearmament in Northern Europe.

Speaking at a joint press conference, Marin said Helsinki’s decision on whether to join the US-led military alliance “will be made fairly quickly”. She emphasized:

“It will happen in weeks, not months.”

Like Sweden, Finland had followed the policy of not joining any military alliance. After the start of the Russian military offensive in Ukraine, “everything changed,” says Marin. She wanted a consensus on NATO membership to be reached in Finnish political circles. The Finnish Prime Minister stated:

“All parliamentary groups and the President will have the opportunity to make a decision in the coming weeks.”

She added that MEPs will hold consultations with a number of security experts on the issue.

Sweden’s Prime Minister Andersson announced that her country would not rush the decision to join NATO, but promised a thorough but timely assessment of the security situation.

“This is an important moment in history,” she said, referring to events in Ukraine. She added:

“The security landscape has completely changed.”

“We have to think about what is best for Sweden, for our security and for our peace.”

On Wednesday, the newspaper Svenska Dagbladet claimed that Andersson’s goal was to submit Sweden’s application to join NATO in June. However, the Swedish Prime Minister declined to confirm the report when asked by journalists.

Citing US government officials, Britain’s Times newspaper reported on Monday that Finland’s bid to join NATO is expected in June, with Sweden’s to follow shortly thereafter.

Russia, Finland and Sweden have access to the Baltic Sea. In addition, Russia and Finland share a land border approximately 1,340 kilometers long.

On Wednesday, Moscow dismissed claims that Russia posed a threat to the two states. However, Helsinki and Stockholm see this perceived threat as a justification for their efforts to gain NATO membership. The press secretary of the Russian Foreign Ministry Maria Zakharova said that the allegations belong to the sphere of propaganda and provocations and are directed against the national interests of these countries.

Kremlin spokesman Dmitry Peskov told Sky News last week that Moscow, despite its opposition to any NATO expansion, does not see Finland’s and Sweden’s possible membership in the bloc as an existential threat. Such a development would only require Russia to strengthen its western flank with a view to ensuring its security.

Deputy Chairman of the Russian Security Council Dmitry Medvedev pointed out on Thursday that if Sweden and Finland join NATO, the list of officially registered opponents of Russia will be expanded. On telegram wrote he:

“Sweden and Finland are seriously discussing the possibility of joining NATO.”

“If Sweden and Finland join NATO, the length of the land borders of the Alliance with Russia will more than double. Of course, these borders must be strengthened. The formation of ground forces and air defense forces must be significantly increased, and significant naval forces must be deployed in the waters of the Gulf of Finland will.”

“In such a case, we can no longer speak of a non-nuclear status of the Baltic Sea region, because the balance would then have to be restored.”

To date, Russia has not decided to take such measures and does not intend to do so, unless the NATO accession of the two Scandinavian states forces Moscow to do so, Medvedev said.

More on the subject – Leading Experts Warned of NATO’s Eastward Expansion – Why Didn’t Nobody Listen?