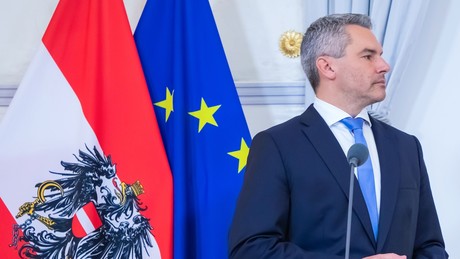 In a dpa interview, Austrian Chancellor Karl Nehammer expressed his concern that Europe’s gas supply could be cut off at any time due to the consequences of war or the blasting of pipelines.

From the point of view of Austria’s Chancellor Karl Nehammer, Europe’s supply of Russian gas is no longer secured, even apart from sanctions considerations. The blowing up of pipelines or other consequences of war could lead to a delivery stop, Nehammer said in an interview shortly after his visits to Kyiv and Moscow. In an interview for the German Press Agency (dpa) and the Austrian news agency APA, the politician said:

“The risk is there anyway that this can still happen – even if Austria, Germany and others speak out against a gas embargo.”

Nehammer met with Russian President Vladimir Putin on Monday, becoming the first EU leader to visit Moscow since Russia’s military intervention in Ukraine began. The Chancellor reported that Putin had raised the issue of gas himself. The Russian President has assured that the agreed quantities will be delivered and that payments can continue to be made in euros.

Putin is well aware that the war will have serious economic consequences for his country. From Nehammer’s point of view, the latest EU sanctions on exports of electronics, for example for armaments, will only weaken Russia’s clout in the medium term.

More on the subject – Austria’s Chancellor: No friendly visit to Moscow and “not an optimistic impression”