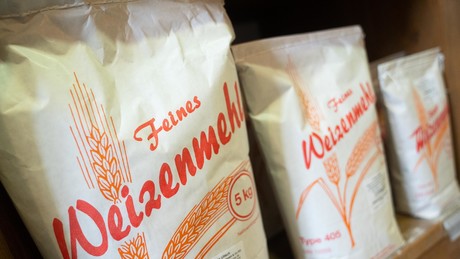 Several international organizations warned on Wednesday to take urgently needed measures to secure the global food supply in view of the Ukraine war, as the agencies Xinhua and Anadolu reported. In a joint statement, the heads of the World Bank Group, the International Monetary Fund (IMF), the United Nations World Food Program and the World Trade Organization (WTO) called on the international community to “urgently support vulnerable countries through coordinated action, from providing emergency food supplies to financial support to increasing agricultural production and opening up trade”.

In addition, the international organizations called on the global community to make financial resources available to vulnerable countries so that they can secure their acute food needs through imports. The statement further states:

“The impact of war in Ukraine is amplifying the ongoing COVID-19 pandemic, now entering its third year, as climate change and rising fragility and conflict continue to harm people around the world.”

The risk is currently greatest for those poorest countries that are largely dependent on imports for their food supply. But middle-income countries are also increasingly affected by the food crisis. Increased global instability and conflicts pose an ongoing threat to people around the world, according to the leaders of the four international organizations.

“We are committed to pooling our expertise and financial resources to rapidly scale up our political and financial support to vulnerable countries and households, and to increase domestic agricultural production in and supplies to affected countries.”

On Tuesday, four UN agencies urgently requested funding to avert a possible famine in Somalia. The United Nations Food and Agriculture Organization (FAO), the United Nations Office for the Coordination of Humanitarian Affairs (UNOCHA), the United Nations Children’s Fund (UNICEF) and the World Food Program (WFP) warned that a dangerous combination of drought, in soaring food prices and huge funding gaps are pushing almost 40 percent of Somalis to the brink of collapse. Six million Somalis are struggling with extremely insecure food supplies, according to a report. Famines are likely in six parts of the country. The previous famine in Somalia in 2011 killed a quarter of a million people.