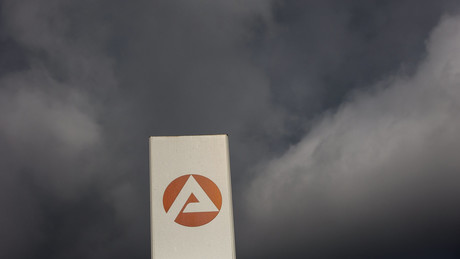 In the first year of the pandemic, the Hartz IV sanctions fell sharply due to the ordinance. It was over after a short while. Although the job centers themselves remain in the corona lockdown to this day, they are punishing Hartz IV recipients more often again.

The prices are rising faster than the social welfare rates and are causing the state-specified subsistence level to shrink in real terms at a rapid pace. Hartz IV recipients have to tighten their belts more and more, while the job centers in the Corona measures marathon have been keeping customer traffic at bay for two years. Their actual task, advice and job placement, is largely limited to the telephone and the Internet. But Corona or not – their clients must continue to show obedience to avoid cuts. In the second year of the pandemic, job centers again sanctioned the unemployed more heavily after a slump in 2020.

As per a published on Tuesday statistics According to the Federal Employment Agency (BA), the job centers imposed a total of almost 194,000 cuts on around 131,000 needy people nationwide last year. A number of those affected were sanctioned several times.

In just over half of these cases, failure to report was the reason. For this purpose, the law provides for a reduction of the standard rate by ten percent for three months. In the other cases, those affected had, for example, rejected a job offer, resigned on their own initiative or canceled a measure. Here, the offices cut the mini-payments for a quarter by 30 percent. A single person received only 312 instead of 446 euros in 2021.

However, on its deadline in December 2021 alone, the BA recorded a total of around 71,500 effective sanctions against almost 57,000 Hartz IV recipients. The authorities therefore impose several reduction penalties at the same time, for example if a client is repeatedly unavailable for the office or has canceled a measure and missed an appointment. The cuts are then totaled.

Decrease due to the Karlsruhe judgment and the Corona Ordinance

However, the level from 2005 to 2019 – at times job centers imposed more than one million sanctions per year – was not reached. But this is mainly based on a supreme court Verdict from November 2019. At that time, after almost 15 years, the Federal Constitutional Court (BVerfG) declared Hartz IV cuts of more than 30 percent to be unconstitutional. Previously, job centers were able to reduce the payments to zero for those affected, which they temporarily did in up to 11,000 cases per month. This also eliminated rent subsidies and health insurance contributions.

Overall, the federal agency recently noted a slight decline in Hartz IV recipients. Accordingly, were in March 2022 around 2.67 million households with 5.26 million people dependent on this benefit, around 10,000 fewer than in February. Among them were at least 1.7 million children.

That doesn’t quite fit the plan of the “traffic light” government, which has been in office since the end of 2021. In the coalition agreement, this had stipulated that Hartz IV be renamed “citizen’s benefit” – with a few small simplifications, such as a slightly higher wealth allowance. Before she wants to introduce this from 2023, the sanctions are to be temporarily lifted because of the massive price increases, especially for heating, electricity and food. That Law has already been approved by the Federal Cabinet, but has not yet been passed by Parliament.

However, the envisaged short-term suspension of sanctions does not apply in full. It is said that they should no longer impose cuts of 30 percent if those entitled to benefits commit a so-called “breach of duty”, i.e. illegally quit a part-time job, for example. But if you miss an appointment “without good reason”, you can then cancel ten percent as before.

According to multiple statements, BA boss Detlef Scheele (SPD) agrees with his party in the federal government on one thing: Citizens’ income should also give the state the opportunity to sanction those in need. This was denounced by the Parity Welfare Association on Tuesday press release at.

The association criticized the fact that Scheele had again stated that sanctions were necessary as a “handshake against a small group that would otherwise withdraw”. According to the Paritätische, such penalties are “neither appropriate nor expedient and a reduction of the subsistence level cannot be justified”. “It is high time that we overcome this antiquated cane pedagogy from the century before last and arrive at a people-oriented, sanction-free help system,” warned the general manager of the association, Ulrich Schneider.

Measured against the Hartz IV standard rates, ten percent is a significant sum. There is currently 449 euros for single people, plus the rent subsidies regulated by the municipalities. With a ten percent sanction, they have to make do with 404 euros for three months. From this they have to pay for everything else, from groceries to public transport to electricity bills.

More on the subject – Traffic light plan: Hartz IV with a new name – but repressive as ever