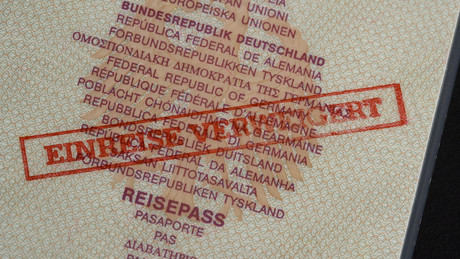 Russia has responded to Western sanctions against Russian MPs by expanding its own sanctions lists. According to a press release from the Russian Foreign Ministry on Wednesday, all members of the US House of Representatives are now subject to Russian sanctions.

Russia has added nearly four hundred US congressmen to its sanctions list, according to a statement on the Russian Foreign Ministry website released on Wednesday.

The diplomatic service of the Russian Federation said this was in response to another wave of anti-Russian sanctions imposed on 328 members of the State Duma in the US on March 24:

“Sanctions will be imposed on 398 members of the US House of Representatives.”

Those named in the list are no longer allowed to enter Russia and no longer have any assets in Russia. If they have assets, they will be frozen.

Taking into account those US lawmakers who have previously been barred from entering Russia (such as House Speaker Nancy Pelosi), all US Congressmen are now on the sanctions list.

In addition, 87 Canadian Senators were added to this list. Russia’s foreign ministry said this was in response to hostile moves in Ottawa, which is even “trying, contrary to its own national interests, to spearhead the Russophobic course” of the current US administration.

At the same time, the State Department announced possible expansions of this list as well as further retaliatory measures.