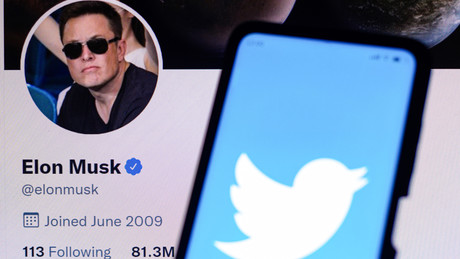 It was only recently announced that tech billionaire Elon Musk had acquired a stake in Twitter. However, because he believes the platform can neither thrive nor serve freedom of expression in its current form, he has decided to buy the company outright.

Tech billionaire Elon Musk has offered to buy all of Twitter’s stock. This comes from one document published on the US Securities and Exchange Commission’s website.

Musk offered a price of $41.39 billion, or $54.20 per share. The businessman explained that he previously acquired a stake in Twitter because he believed it could become a platform “respecting the principles of free speech around the world”. Freedom of expression, on the other hand, is a “public necessity for a functioning democracy”. Musk’s statement, cited in the document, reads:

“However, after investing in the company, I realized that it will not thrive in its current form nor serve this societal cause. Twitter needs to be transformed into a private company. I therefore propose a 100 percent buyout of Twitter.”

If his proposal is not approved, Musk promised to “reconsider his position as a shareholder.” He explained:

“Twitter has incredible potential. I’m going to unleash it.”

In early April, it was announced that Musk had become one of Twitter’s largest shareholders with a 9.2 percent stake. The Elon Musk Revocable Trust, which the businessman founded, owns nearly 73.5 million shares of the company, the US Securities and Exchange Commission said on April 4. Bloomberg estimates that such a stake could be worth $2.89 billion at the close on April 1.

On April 5, Twitter decided to add Musk to its board of directors, but the businessman declined. Under the terms of his joining the board, Musk could not have increased his stake in Twitter above 14.9 percent during his tenure. This restriction no longer applies.