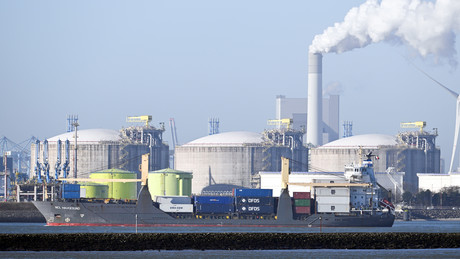 The EU Commission sees paying for gas in rubles as a violation of the sanctions. The Netherlands said they were prepared to stop deliveries. However, it will be difficult for the country to prepare for the coming winter without Russian gas.

The Dutch government has instructed energy companies to reject the new conditions for sourcing Russian gas. This reported Bloomberg, citing a representative of the country’s Commerce Department.

The government said Amsterdam agreed with the European Commission’s ruling that sending payments to Gazprom in rubles would violate the sanctions. The spokesman for the agency said:

“This means that Dutch companies are not allowed to agree to these conditions.”

The Dutch Economy Ministry also said that over the past two months, the kingdom has been preparing for a full gas shutdown by doubling its LNG import capacity. The country is also running an energy saving campaign. At the same time, the representative of the Dutch ministry pointed out that without supplies from Russia, the country will have difficulties to fill the warehouses before next winter.

Bloomberg noted that Dutch GasTerra has a contract with Gazprom until October this year, while another company, Eneco, is buying fuel from Germany’s Wingas GmbH, part of Gazprom Germania. However, Gazprom ended its stake in the latter company on April 1. According to the news portal, Gazprom delivered 4.2 billion cubic meters of gas to the Netherlands in the first half of 2021. The Netherlands also buys Russian liquefied natural gas, for which the payment has not been converted into rubles. In total, 20 percent of Dutch gas imports come from Russia.

According to Gazprom, in 2020 the kingdom was one of the largest buyers of Russian gas in Europe, with 11.8 billion cubic meters.

The European Commission had previously warned EU countries that paying for gas in rubles would violate the sanctions. She provided a legal analysis according to which the new mechanism would give Russia full control over the central bank’s transactions. The restrictions on Russia would also be violated. Earlier, the EU warned that the terms of contracts where fuel payments are made in euros or dollars should be respected.

At the end of March, Vladimir Putin ordered payments for natural gas to unfriendly countries to be converted into rubles. He explained that Western currencies had compromised themselves. According to the new rules, Western companies must open currency and ruble accounts with Gazprombank. A European buyer transfers money to the foreign currency account, and then the bank sells the currency on the stock exchange and credits the money to the ruble account. Only then will the payment be considered completed.

On April 14, Putin stated that banks from unfriendly countries were delaying remittances of energy payments, causing disruptions in payments for exports.