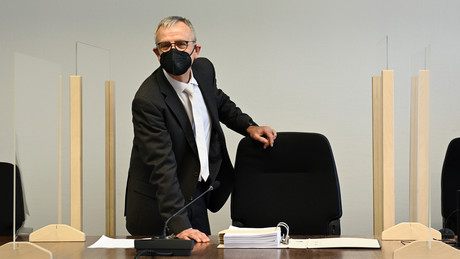 A Russian doctoral student from the University of Augsburg has been sentenced to a suspended sentence of one year by the Munich Higher Regional Court for spying for the Russian secret service. During the trial, the doctoral student denied any espionage intent.

The doctoral student is a Russian citizen and worked as a research assistant at a scientific and technical chair at the University of Augsburg until his arrest on June 18, 2021. According to the federal prosecutor’s office, the Russian intelligence service is said to have shown interest in the various stages of development of the European launch vehicle Ariane and the defendant’s materials research.

At the end of 2019, there should have been regular meetings between Ilnur K. and a senior officer of the Russian foreign intelligence service stationed in Germany. Information on research projects in the field of aerospace technology, which was also publicly accessible, is said to have been exchanged. Ilnur K. is said to have received 2,500 euros in cash for this.

During the trial, the doctoral student denied any intention to espionage and emphasized: “I’m not an agent.” He did pass on publicly available information to an employee of the Russian Consulate General in Munich, who has since been revealed to be an employee of the SWR secret service. However, the defendant stated that he had no knowledge of the man’s activities. From the point of view of the court, he is only said to have become suspicious at a late meeting. However, the defendant said that he could not have imagined that the Russian secret service would be interested in information that was already publicly available. The 30-year-old was convicted of secret service agent activity.