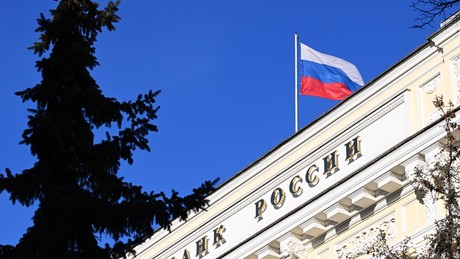 According to the Central Bank of Russia, the country’s external debt has fallen by more than 5 percent since the beginning of this year, to where it was 13 years ago.

Russia’s external debt fell to its lowest level since 2009 in the first quarter, totaling $453.5 billion as of April 1. This is according to data from the Russian central bank on Wednesday.

This year alone, debt has fallen by $26.5 billion, or 5.5 percent, according to the regulator. In an appropriate Message the authority states:

“The dynamics of the indicator was mainly influenced by the reduction in external debt of other sectors.”

According to the Central Bank of Russia, private sector external debt fell by $16.2 billion to $367.4 billion in the first quarter of 2022. The debt of state agencies and the central bank fell by US$10.3 billion to US$86.1 billion, according to the data.

In the fourth quarter of 2014, following the introduction of Western sanctions over Russia’s reunification with Crimea and the subsequent fall in oil prices, Russia’s foreign debt fell by a record $81 billion on a quarterly basis. This trend continued for three consecutive quarters. However, foreign debt was significantly higher then than it is today, standing at $732.8 billion as of July 1, 2014.