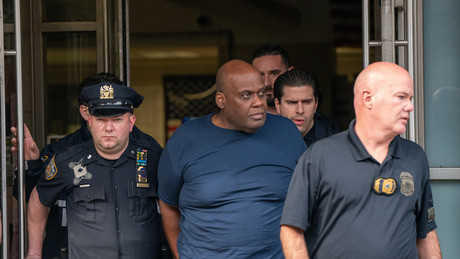 On Tuesday, a gunman opened fire on passengers on the New York subway. The suspect was arrested by police the following day. He is due to appear in court on Thursday.

The man suspected of shooting at subway passengers in New York on Tuesday was arrested the following afternoon. This was reported by CNN with reference to sources in the New York police.

A few hours after the attack, investigators first classified 62-year-old Frank James as a “person of interest” and then as a suspect. The man was arrested in Manhattan on Wednesday afternoon. According to the police, the arrest was uneventful.

According to investigators, James was arrested 12 times for theft and other offenses between 1992 and 2007. Now he is suspected of detonating a smoke grenade and firing 33 pistol shots in a New York subway car on Tuesday. Ten people suffered gunshot wounds and at least 19 others were otherwise injured. The motive of the alleged perpetrator is currently unknown.

James is scheduled to appear in court on Thursday, where he will be charged with terrorism and other violent crimes against public transport. If convicted, he faces a life sentence.