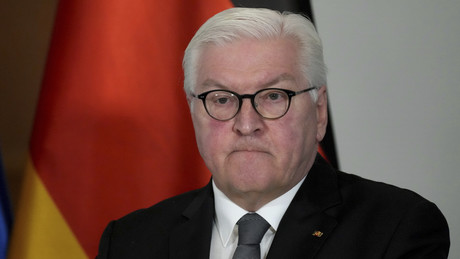 After President Steinmeier was uninvited by the Ukraine, critical voices are increasing in Germany. Economics Minister and Vice-Chancellor Habeck was particularly clear. Ukrainian President Zelensky now claims he knew nothing.

According to Ukrainian news agency Unian, President Vladimir Zelenskiy said on Wednesday after meeting with the presidents of Poland, Latvia, Estonia and Lithuania that he had not received a request from German President Frank-Walter Steinmeier to visit Ukraine:

I, as President, and our office have not received any official request from the Federal President and his office regarding a visit to Ukraine.

Most recently, it was said that Steinmeier wanted to take part in the trip together with the four state presidents. However, the Ukrainian government is said to have signaled that the German President was not welcome there and invited Chancellor Olaf Scholz instead. “I was willing to do that. But apparently – and I have to admit – that was not wanted in Kyiv,” said Steinmeier on Tuesday evening in Warsaw.

Kiev’s actions met with criticism in Germany. Vice-Chancellor Robert Habeck told the newspapers of the Funke media group: “The Federal President is Germany. And that’s why his invitation by President Selensky is an invitation from Germany. Unfortunately, I have to say it this way: The Ukrainian side made a diplomatic mistake.”

FDP deputy leader Wolfgang Kubicki said: “I can’t imagine that the chancellor of a government supported by the FDP travels to a country that declares our country’s head of state an undesirable person.” He has every understanding of the political leadership in Ukraine. The country is fighting for its survival. “But everything has its limits”. The CDU chairman Friedrich Merz described the invitation as a diplomatic affront.