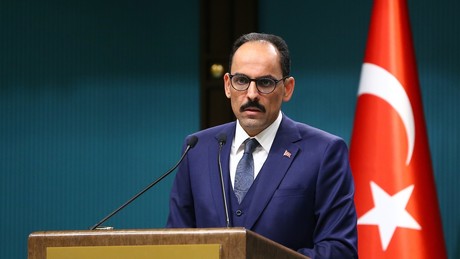 The conflict in Ukraine has ushered in a “new Cold War era” with consequences that could linger for decades to come, the Turkish president’s press secretary has warned. The situation will lead to a “new balance of power”.

On Wednesday, Ibrahim Kalin, the Turkish President’s press secretary, tweeted a gloomy forecast for the future, highlighting that the crisis in Ukraine is deepening. In his opinion, the search for a “new balance of power” and “short-term benefit calculations” would cause “major strategic losses and human drama” in the medium and long term. He wrote:

“We have entered a new Cold War era. The effects of this war will last for decades.”

Kalin has been the press secretary for Turkish President Recep Tayyip Erdoğan since 2014.

Since the start of Russian military action in Ukraine on February 24, Turkey has maintained a “neutral” position, pushing for peace talks, warning the West about Russia’s isolation and attempting to act as a mediator between Moscow and Kyiv. Unlike other members of the US-led NATO bloc, Ankara refused to impose economic sanctions on Russia and kept its diplomatic channels open with both sides.

While tensions between Russia and the West have risen dramatically in recent weeks, several sides have expressed concern that a “new Cold War” could loom. While the US and its allies have repeatedly called for the country to be isolated in response to Russia’s crackdown on Ukraine, Russian President Vladimir Putin said on Tuesday that no country can maintain its complete dominance today as the world “has become much more complex than it used to be times of the Cold War”.

At the end of March, Chinese Foreign Ministry spokesman Wang Wenbin accused the United States of having a “Cold War and bloc confrontation mentality.” He called on Washington to abandon “the practice of creating imaginary enemies, ignoring other countries’ legitimate security concerns, and fomenting bloc confrontations.”