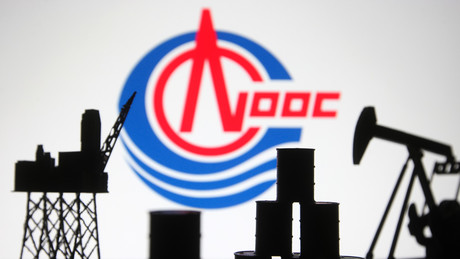 China’s state-owned oil and gas company China National Offshore Oil Corporation is reportedly preparing to withdraw from the US, UK and Canada. Management is increasingly concerned about sanctions, regulations and rising costs.

Relations between China and Western countries have deteriorated significantly in recent years after former US President Donald Trump launched a full-scale trade war with China and imposed import tariffs on a wide range of Chinese goods. Tensions have continued to rise recently as Beijing refuses to condemn Russia’s military operation in Ukraine and align itself with Western sanctions.

Against this backdrop, China’s largest offshore oil and gas producer, the China National Offshore Oil Corporation (CNOOC), is preparing to withdraw from the West. According to unnamed industry sources, Reuters in a report refers, the company is trying to sell “marginal and difficult to manage” assets in the US, UK and Canada.

The sources, who wished to remain anonymous due to the sensitivity of the issue, reportedly told the news outlet that management finds managing its Western assets “uncomfortable” due to regulations and high operating costs.

CNOOC, which settled in the three countries in 2013 as part of a $15 billion takeover of Canadian energy company Nexen, was delisted from the New York Stock Exchange after Trump’s anti-China campaign. Before that, the company was listed on the NYSE for more than two decades. The administration under US President Joe Biden took the company off the US government’s blacklist about a year ago.

In the US, CNOOC owns onshore assets in the Eagle Ford and Niobrara shale basins and offshore interests in the Stampede and Appomattox fields in the Gulf of Mexico. In the UK, the company operates three sites in north-east Scotland and has oil sands and shale gas assets in Canada.

“Facilities like the deep-sea fields in the Gulf of Mexico are technologically demanding, and CNOOC has had to really work with partners to learn about it. However, the company’s executives weren’t even allowed to visit the US offices.”

“This has always been a problem, and the Trump administration’s blacklist has made it worse for CNOOC.”

Additionally, the recent US sanctions against Russia could affect CNOOC’s assets, the sources said. The company, which is preparing to list on the Shanghai Stock Exchange in April, is reportedly planning to acquire assets in Latin America and Africa.