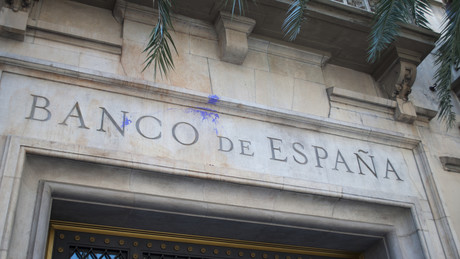 While Spain has an inflation rate of almost ten percent, the Funcas Institute recently emphasized that economic development is closely linked to energy costs. New hurdles are emerging in Europe’s attempt to break away from Russia in terms of energy policy.

Inflation, which has been galloping for some time in Spain, has now reached an all-time high. In March, the rate rose 9.8 percent year-on-year, the highest inflation rate since May 1985 and almost five times the European Central Bank’s target of 2 percent.

The historical level, which the National Institute for Statistics (INE) confirmed on Wednesday, is therefore due in particular to the immensely increased energy and food costs. In a year-on-year comparison, electricity prices in the southern European country would have risen by 137.9 percent. According to INE, this could be mitigated by tax breaks to a rate of 107.8 percent. While energy accounted for about half of all inflation over the past year, this impacted other consumer prices, some of which themselves continued to rise in price – such as food and non-alcoholic beverages, which rose to 6.8 percent.

At the end of March, the Funcas economic institute (Fundación de Cajas de Ahorro) lowered its growth forecast for the Spanish economy to 4.2 percent for this year – 1.4 points less than expected in January – and at the same time the inflation estimate to 6.8 percent on average for the year revised upwards. Last year, the government in Madrid still expected growth of up to 7 percent for the period after the pandemic.

According to Funcas Director General Carlos Ocaña, growth this year will be just 2.5 percent below pre-pandemic GDP. Ocaña further emphasized that “the key to the Spanish economy lies in the sensitivity of the energy markets to the current external environment”. Funcas warned that the country’s growth trajectory depends to a large extent on developments in fuel and electricity costs. Should the war in Ukraine escalate and price increases last longer than expected, growth in the Spanish economy will continue to decline “significantly”.

There are currently several uncertainties regarding the sources of Spanish energy imports, particularly in North Africa. Nevertheless, the German ambassador in the country Wolfgang Dold emphasized the future importance of Spain for Europe’s gas supply: “Primarily because of its connections to North Africa, to Algeria and also to Morocco,” said Dold in an interview with the Spanish newspaper La Vanguardia at the end of March. He advocated the completion of the MidCat gas pipeline from Spain to southern France with an annual capacity of 7.5 billion cubic meters, which had been halted in 2019 because the project was deemed uneconomic at the time because of cheaper natural gas from Russia. Brussels is to finance the construction.

Spain gets a significant portion of its natural gas via pipelines from Algeria. There are also six liquid gas terminals in the country and one more in Portugal. The Spanish plants are said to have an annual capacity of 60 billion cubic meters, of which the country only uses half for its own needs. To the north there are only two smaller gas pipelines from Spain across the Pyrenees with a total capacity of 8 billion cubic meters per year. Spain could also forward LNG from the US and other countries, or store it by sea for later redistribution in Europe.

But Spain’s energy policy calculations with Algeria could be shaken after Madrid gave in to Morocco in the decade-long dispute over Western Sahara this year. Madrid recently backed Morocco’s proposal to make Western Sahara an autonomous province under Moroccan sovereignty. So far, Madrid has called for a referendum on the future of the former Spanish colony south of Morocco, which has around 600,000 inhabitants.

Since the Spanish withdrawal in 1975, Morocco has occupied most of the sparsely populated desert area on the Atlantic coast of Northwest Africa. The Polisario Front movement is fighting for independence there. There are repeated battles between Polisario and the Moroccan army in Western Sahara. Even in Spain, the turnaround in Western Sahara policy is extremely controversial; Parliament rejected it earlier in April with a clear majority of 168 to 118 votes from the Conservatives and also the Left Party. Prime Minister Pedro Sánchez and Spanish Foreign Minister José Albares have announced that they will continue to support the resolution of the Western Sahara issue through a United Nations-backed referendum.

Relations between Madrid and Rabat reached a low point in May last year when more than 8,000 people stormed from Morocco into the Spanish North African exclave of Ceuta within 36 hours. Madrid accused Rabat of “blackmail” at the time. It was believed that border controls were being relaxed or even suspended in order to put pressure on Madrid in the dispute over Western Sahara. Earlier this past April, Morocco was upset that Spain allowed the leader of the Western Sahara independence movement to be treated for COVID-19 in a Spanish hospital at the request of Morocco’s neighboring country Algeria. Rabat is seen in Madrid as crucial both in the fight against radical jihadist groups and in holding back a growing number of African migrants trying to reach Europe to flee violence and poverty.

Algeria, which is at odds with Morocco, reacted angrily to Spain’s “abrupt about-face”. This is a “betrayal” of the people of Western Sahara. As the protecting power of the Polisario Front, Algeria advocates the independence of the region. In March, Algiers recalled its ambassador from Madrid for consultations.

By the end of last year, Spain had obtained almost half of its natural gas from Algeria. Since are To report According to figures from Spanish gas network operator Enagás, the United States has become the main exporter of natural gas to Spain. Accordingly, in February Spain received a good 32 percent from the USA, in contrast to 23 percent from Algeria. LNG imports from the US came via tankers. Imports from Algeria reached Spain via the Medgaz pipeline, while the Maghreb-Europe pipeline through Morocco, which until last year had also sent gas north, has been shut down amid tensions between the two North African countries.

There are long-term supply contracts with the Algerian state-owned producer Sonatrach, and according to reports citing sources close to the company, Sonatrach will fulfill its deliveries in accordance with the contract. But Algiers could raise prices further. Competition for gas from Algeria and Libya could increase between the Mediterranean countries, analysts say, as European countries seek alternative sources to Russian energy supplies. Indeed, this week representatives of Spain and Italy met in Madrid after Rome’s plans to buy more gas from Algeria Care for about the negotiating position towards Algiers and about the stability of the gas supply from the North African country.