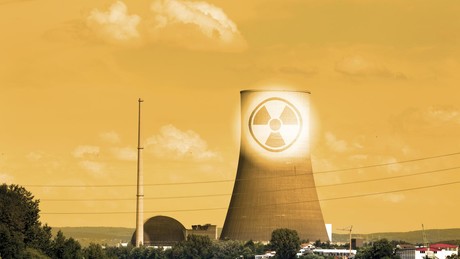 Europe is struggling to become less dependent on oil and, above all, gas imports from Russia. Nuclear power is being used in London, Warsaw and Paris – but the example of France shows that this path can also have a very high price and increase dependence on neighboring countries.

Against the background of the Ukraine crisis, European countries are desperately looking for alternatives to energy imports from Russia. This put nuclear power in a new light for some. Despite the long unexplained disposal and open technical questions, the argument of supposed climate protection is referred to here – also by voices that have not yet appeared as environmentalists.
The government in London recently planned eight new nuclear reactors, France already gets a large part of its electricity from nuclear power and wants to expand this share further. And Poland also wants to get into nuclear power “under the strong patronage of the White House,” as Polish President Andrzej Duda announced at the end of March. Poland therefore needs US nuclear power plants in order to implement climate protection and to secure a modern energy supply. By the year 2043, six reactor blocks should contribute to this.
In Germany, nuclear power was promoted – also with the climate argument – ​​in particular by representatives of the Union parties voted out in the last major elections due to their lack of environmental protection. Bavaria’s Prime Minister Markus Söder also claimed that a Continued operation of the existing nuclear power plants technically no problem at all.

In Berlin, however, people remain sceptical. Chancellor Scholz has spoken out against possibly using the nuclear power plants in Germany longer because of the Russian war in Ukraine. That was “not a good plan,” said the SPD politician. The nuclear power plants are not prepared for continued operation, and Germany has also decided for good reason to phase out operations.
If you want to let the nuclear power plants run longer, new fuel rods and other resources are needed, said Scholz. However, these are not readily available. Scholz spoke of a milkmaid calculation and pointed out that not all imports of fossil fuels could be replaced by nuclear energy. For example, oil imports would not be used in a substitute way for the manufacture of chemical products.
There are currently three nuclear power plants still connected to the grid in Germany, which according to current plans are to be shut down by the end of this year. The discussion about a further extension of the lifetime of the nuclear power plants was also taken up by the so-called economic wise men, who hope to reduce their dependence on Russian energy supplies in this way.

However, the Federal Environment Minister Steffi Lemke (Bündnis 90/Die Grünen) also confirmed at the end of last week that longer terms are neither sensible nor justifiable. In an “uni-ideological” examination, it turned out that the contribution to electricity generation would be very small, Lemke said in an interview on Deutschlandfunk.
She also referred to security issues. “At a time when nuclear power plants are being shelled in Ukraine, I think it’s a bad idea to extend service lives here and thus accept further uncertainty for us.”

In France, it has also been shown again and again that the use of nuclear energy is also associated with extremely high financial costs and even increases dependence on other countries, in this specific case on Germany. On February 10, French President Emmanuel Macron spoke of a “renaissance in French nuclear power” and announced a massive expansion. After the USA, France is the second largest producer of nuclear power in the world. The country currently has 56 power plants and draws a large part of its heating power from the electrical energy that is primarily provided in this way. As early as 2021, nuclear energy accounted for 71 percent of the electrical energy mix in France. In Paris, the construction of six new nuclear power plants is planned, the construction of eight more power plants by 2050 is to be examined, and no power plant should be taken off the grid unless there are compelling safety reasons for doing so. The power company EDF should check whether the term of the nuclear power plants can be extended beyond 50 years.

There are always failures. In the past week alone, disruptions meant that France was temporarily missing more than half of the 61.4 gigawatts of installed nuclear power, as reported by the Handelsblatt. In such situations, however, France itself is dependent on the help of other countries. At times, Germany exported up to five gigawatts – and thus more than the last three German nuclear power plants can deliver together – and had to buy electricity on the spot market at very high prices.

Because such a high proportion of the nuclear power was lost at the same time as low temperatures and hardly any wind, France was particularly dependent on gas. “And the prices are currently going through the roof,” explains Volker Quaschning, Professor of Regenerative Energy Systems at the University of Applied Sciences in Berlin, the Handelsblatt.

According to Bruno Burger, energy expert at the Fraunhofer Institute for Solar Energy Systems (ISE), France would have had to shut down parts of its power grid last week without imports from Germany and other neighboring countries. France has been importing more electricity from Germany than vice versa for at least seven years.

In addition, such complex problems can arise with older “nuclear reactors” in particular that the failure cannot be estimated, explains Mycle Schneider, coordinator of the World Nuclear Industry Status Report (WNISR). According to this, the real downtimes lasted on average 44 percent longer than planned. “We have also experienced that a reconnection date has been postponed up to 40 times,” says Schneider.

Last year, five power plants went offline for maintenance work due to possible corrosion damage. It was only in February that France’s mostly state-owned energy group EDF announced that three other power plants would be overhauled due to possible damage and downgraded its nuclear power production forecast for 2022.
Escalating costs and technical problems had recently hampered the expansion of nuclear power by EDF. The operating license for a controversial nuclear reactor in Flamanville on the English Channel, construction of which began in 2007, was only recently granted. Since even the most modern reactors are affected by disruptions due to cracks in the emergency feed system, the experts assume that in France, as before, more than half of the installed capacity may be missing.

More on the subject – Federal Network Agency boss: In the event of a gas emergency, saunas and single apartments stay cold