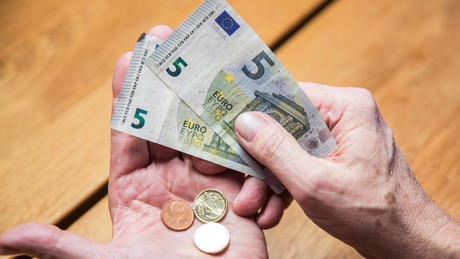 At first glance, the pension increase of 5.3 percent in western Germany and 6.1 percent in eastern Germany from July 1 seems quite decent. However, under the impact of the currently rampant inflation, the purchasing power of senior citizens is being weakened instead of being strengthened.

Trade unions, social organizations and the Left Party criticize the increase in the statutory pension level by the federal government as too low, like the Junge Welt reported. Accordingly, the pension increase will be eaten up by rampant inflation. The planned pension increase of around 5.3 percent in western Germany and 6.1 percent in eastern Germany from July 1 “must not hide the fact that pensioners in western Germany had a zero increase in 2021 and in eastern Germany only a small increase,” said the managing director Ulrich Schneider the editorial network Germany on Wednesday. Schnieder summarizes the situation before the current crisis as follows:

Last but not least, the increase fizzles out at inflation rates of 7.3 percent in March. The Confederation of German Trade Unions (DGB) assumes that the increase, which is only conditionally adjusted to wage developments, according to the Ruhr Nachrichten also a “serious technical error”. In this way, the government will permanently decouple pensions from the development of wages, said DGB board member Anja Piel. She says:

“For present and future generations, that means a real reduction in pensions.”

“However, if you say that the inflation rate is currently significantly higher, then you know that this is a real loss for pensioners.”

Minister of Labor Hubertus Heil (SPD), on the other hand, seemed very satisfied with the pension increase and says:

“The statutory pension works very well despite the challenges we are currently facing.”

More on the subject – Pensions will rise significantly on July 1st