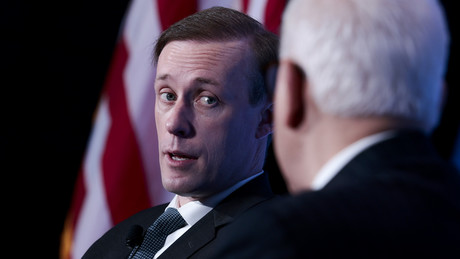 The US has no plans to return seized Russian assets and wants to use them “in a better way,” Biden’s national security adviser said Thursday.

A return of Russian assets confiscated under sanctions is not planned in Washington. This was announced by National Security Advisor Jake Sullivan in an interview at the Washington Business Club on Thursday.

“Our goal is not to give them back,” Sullivan said. The US intended to use the confiscated assets “in a better way”. However, Sullivan did not name any concrete measures, the decision on the use of the assets is an “ongoing political process”. “There are permissions that we already have and other permissions that we might be able to develop, and we’re actively monitoring that,” he explained. Earlier, some members of Congress had proposed selling confiscated Russian assets and using the money to rebuild Ukraine.

Since the start of the Russian military operation in Ukraine on February 24, the USA had issued sanctions against Russia in several stages. These included, among other things, the confiscation of assets belonging to Russian companies abroad. In an interview on Thursday, Sullivan announced that the US will focus in the coming days on countering attempts to circumvent sanctions.

There are currently no expropriation plans for foreign assets in Moscow. “Unlike the West, we respect property rights,” Russian President Vladimir Putin said.

More on the subject – Moscow’s Response to Western Sanctions: Steps to Stabilize the Domestic Economy