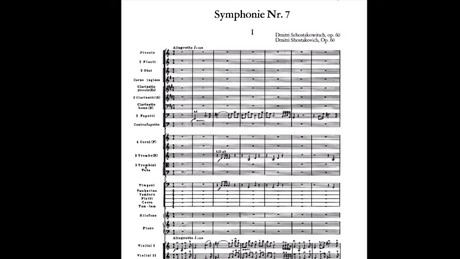 An anti-Russian hysteria swept over the world, turned into theater of the absurd, has already reached the spheres of art and culture. The Russian ambassador in Austria, Dmitri Lyubinski, is concerned about the development. Will there soon be pyres on which masterpieces will burn again? This time of Russian literature, music and art?

An appeal by Dmitry Evgenievich Lyubinsky, Ambassador Extraordinary and Plenipotentiary of the Russian Federation in Austria

An anti-Russian hysteria that swept the world becomes a theater of the absurd. There is no other way to describe the situation, for example when an Austrian car repair shop, which has been working with the Russian embassy for decades, asks us for a letter of guarantee that a special spare part for repairing our school bus is not also used for the production of chemical, biological or nuclear weapons could be used.

However, this total, I would even say totalitarian trend to “cancel” Russia does have its advantages. Some thorny policy questions, previously avoided, are now being raised and urgently calling for an answer. One of these questions is about the complex web of relationships between big politics and the field of culture, arts, science and sport. Or about whether the artists, the scientists or the athletes should all have a right to personal opinions and views. And if so, whether they can express them freely in a supposedly open society without risking being stigmatized, spat at, and pushed aside by an all-powerful media and a society influenced by it. Which often also means ultimately being deprived of the basis of existence for a normal life.

In fact, it now turns out: no, they are not allowed to. At least if they come from Russia. Sadly, that claim is no longer unique to Poland, whose prime minister recently publicly declared Russophobia a new common trend across the EU. Unfortunately, it also applies to Austria, which we traditionally regard as a country where cultures and customs overlap and sometimes fruitfully merge with one another, where religions meet, where apparently inexorable opponents were often able to find a common language on the Vienna platform. The attempt to erase everything Russian, the rejection of Russia in its uniqueness as a civilization, are not properly evaluated and dismissed by politicians who are jointly responsible for them and are therefore enthusiastically taken up by the media and on the Internet and disseminated further. Also through direct threats against Russian teachers and even against those children who learn this language, let alone against Russian diplomats.

Such cramping looks particularly inappropriate in relation to artists—artists who are being forced or coerced, both directly and figuratively, into signing some sort of mainstream Western manifesto and abandoning or renouncing their homes. Or otherwise, step down from their profession. Without this statement you can no longer leave the stages of the Vienna State Opera, the Musikverein and Konzerthaus, the Salzburg Festival or the annual festival in Grafenegg to enter. The degree of harshness required of these denial texts may vary, but the gist remains the same.

Much mercy is said to be shown, however, to those talented artists, musicians, actors who are now acting against their own conscience in hopes of maintaining (it turns out fleeting and extremely capricious) recognition across Europe and the world. For true personalities, devoted to their talent, that would mean giving up their principles and consequently losing their true creative freedom, losing themselves, and ultimately falling into oblivion. It is well known that traitors are forever strangers and forever yesterday. Everywhere and for everyone. I am sure that the majority can understand this.

The questions “What is your attitude towards the Kremlin?” and “Are you ready to unequivocally condemn the policy of Russia?” (put it very mildly) may soon appear in all sorts of questionnaires in the West – in my view – if it hasn’t been the case yet. In recent years, it was enough to visit the Russian Crimea to finally end up on a “black list” in a number of countries.

And if everything Russian is already being banned against the background of what is happening in Ukraine, it would certainly also be appropriate to ask other profound questions, based on the principle of reciprocity. For example, about Austria’s attitude towards Article 9 of the State Treaty of 1955 – which concerns the prevention of all Nazi and militaristic activities and propaganda in Austria. Or what about the views on the Holocaust also regarding the Nazi-occupied Soviet territories? And in this context, what is the assessment of cruel acts like the burning of people in Odessa on May 2, 2014? Or about acts of violence by the nationalist battalions “Aidar” and “Donbass” in Ukraine in the years from 2014 to 2022 and the “Azov” fighters who have just recently been abusing civilians in Mariupol? For us – believe me – these are not media stories, but real suffering of our people, whose pain we feel with all our hearts. I emphasize: our people.

I’m not sure if you should open this Pandora’s box any further and drive down this dead end. For this leads to complete breakdown instead of rapprochement, confrontation instead of mutual understanding. It’s a road to nowhere. I really hope that sensible people and politicians in the West will take the same view. Or we run the risk of seeing pyres again in the squares of some European capitals, where once again – this time masterpieces of Russian literature, music and art – will go up in flames. However, I am deeply convinced that in the 21st century manuscripts and scores of Russian classics will not be burned, should not be burned. Therefore, I would like to remind those culture managers who remove greats like Tchaikovsky and Shostakovich from their program only to replace them with – maybe also good – Ukrainian composers: In November 1941, during the siege of Leningrad by troops of Nazi Germany, the freezing musicians of the Philharmonie the howling of the grenades with Beethoven’s 9th symphony, and these concerts lasted all those horrible years.

And lastly, for those who still have doubts: Russia is a great power with a large and multinational people, with a great history and culture. And we are and rightly remain proud of that!

More on the subject – The war, the culture and a steadfast dancer